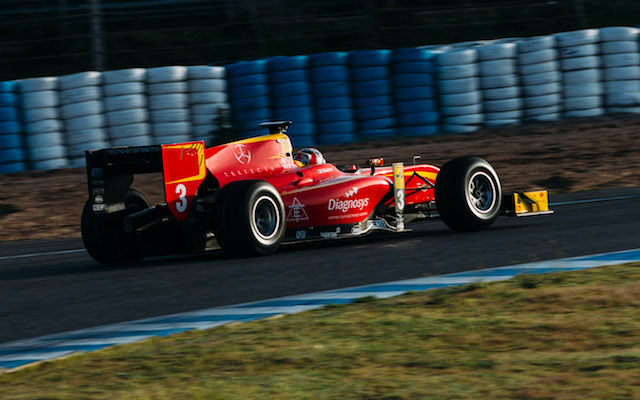 Norman Nato topped the times on the first day of the second and final GP2 pre-season test at Jerez, leading fellow Frenchman?Pierre Gasly.

Prema’s Gasly took second, a tenth and half down on Nato.?Alex Lynn followed his fellow Briton King, with?Antonio Giovinazzi fifth ahead of?Mitch Evans.

The afternoon session was slower, but it was the same suspects at the head of the field. Gasly was quickest, but half a second down on Nato’s morning benchmark.

Kirchhofer was the only driver in action for the Carlin team, with Rene Binder having signed a Formula V8 3.5 deal since testing for the squad in Barcelona.

Status Grand Prix are absent from the test altogether, and following the demise of Hilmer, the field is down to 21 cars from its maximum of 26.