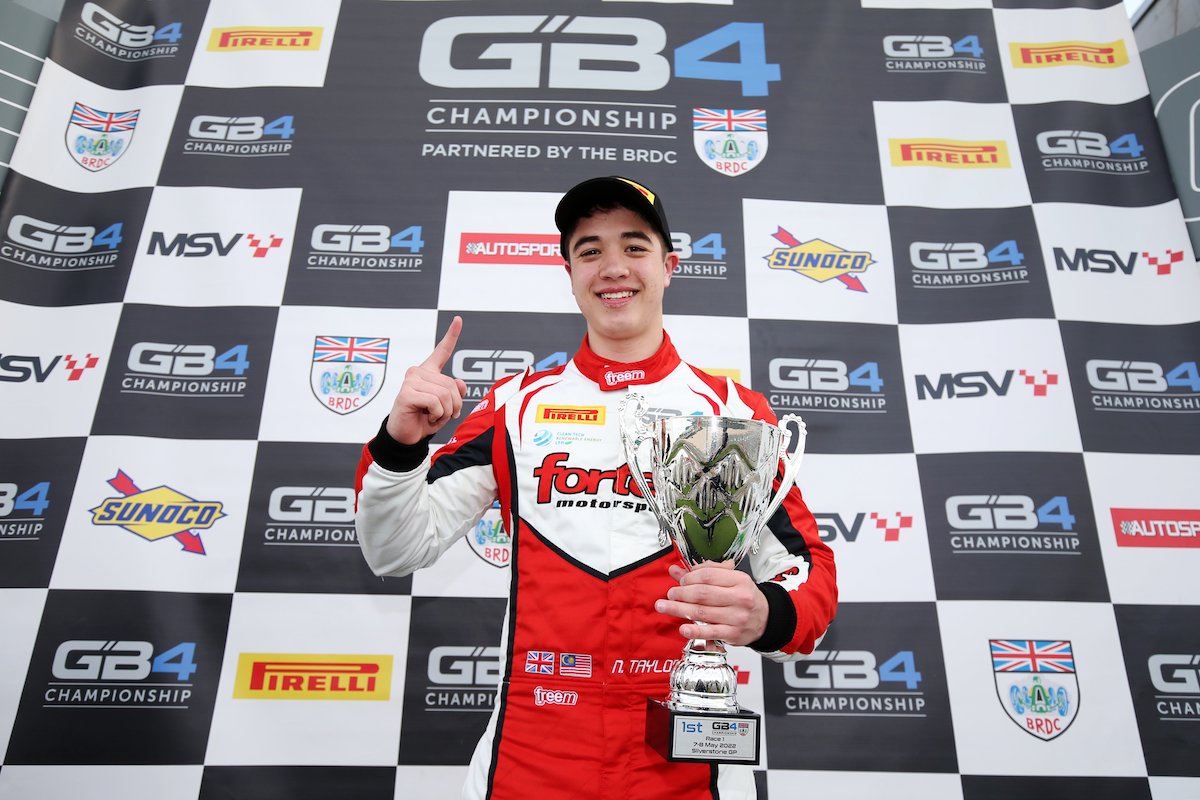 Championship leader Walker retired in the incident, which caused a safety car period.

Hillspeed’s Max Marzorati made a great start from the inside of the front-row to beat polesitter Taylor into Copse, while Walker moved ahead of Marzorati’s team-mate Gilkes into third.

Elite Motorsport’s Walker then swept past Taylor through Becketts, with the pair coming out on top in a three way battle with Marzorati on the Hangar Straight to take first and second respectively.

Taylor then attempted to pass Walker around the outside at the Loop, but contact put the latter out with suspension damage, while Taylor dropped to fourth.

Marzorati led from Gilkes at the restart while Taylor moved around the outside of Tom Mills on the exit of Stowe into third.

Taylor immediately then took Gilkes for second into Club corner before mounting a challenge for the lead at the end of the lap into Brooklands.

Marzorati defended the position through the next few corners but, as he went side-by-side with Taylor into Becketts, Mills nipped up the inside to snatch the lead, the Kevin Mills Racing driver having also passed Gilkes moments before.

Taylor managed to take second from Marzorati on the Hangar Straight before closing back on Mills over the remainder of the lap. The lead pair went wheel-to-wheel down the pit straight, with Taylor pulling off a move around the outside through Copse to gain the advantage.

Having run fifth early on, Jarrod Waberski moved past Gilkes and Marzorati into third, and then passed his KMR team-mate Mills on the pit straight to take second.

By now, Taylor had a big lead, which he maintained until the end, finishing 5.839 seconds ahead of Waberski to move to within one point of Walker in the standings.

Marzorati scored another podium finish in third, while Gilkes came out on top in a late scrap with Elite’s Jack Taylor to take fourth.

Elias Adestam recovered from a stall at the start to come home sixth for Fortec ahead of Oldfield Motorsport’s Lucas Romanek and Graham Brunton Racing’s Logan Hannah.

Mills faded late on with an issue and trailed home ninth ahead of Fortec’s Jessica Edgar.