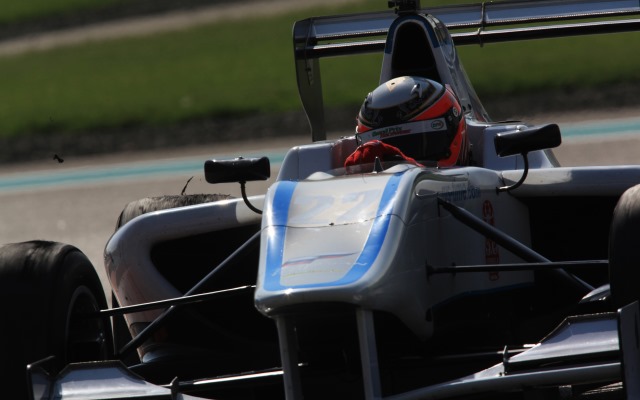 Hilmer Motorsport have made Ivan Taranov their first driver signing for their new GP3 Series operation.

Taranov, a graduate of Protyre Formula Renault, tested in GP3 at the end of 2013 with Trident and then Russian Time, who had purchased the Bamboo Engineering entry ahead of a proposed 2014 campaign.

However, Russian Time’s GP3 plans collapsed following the death of their founder Igor Mazepa and the subsequent split with the Motopark Academy team. Hilmer took their place, bringing the Force India backing that their GP2 team gained at the start of 2014.

Taranov began racing in Formula Renault BARC in 2011, finishing 14th and 11th in his first two seasons. He only contested four of six rounds in 2013, but did score a double win in the final round of the season. He also made a couple of appearances in Formula Renault Alps with Tech 1.

?I would like to say thank you to Hilmer Motorsport for believing in me and for giving me the opportunity to race with the team,” said Taranov, 19.

“We will be novices into GP3 Series this year, both me and the team, but we will work extra hard to achieve good results. I am sure we are capable of scoring points. I am really happy to work with Hilmer Motorsport, a winning team in GP2 Series, and I am as motivated as never before.

“It will be great to race with the Official GP3 Partner of Sahara Force India and I have to prove them they made the right choice. I am coming to GP3 not with as much as experience as some other guys but I am sure we will have a solid season.?

Team principal Franz Hilmer added: “We would like to welcome Ivan Taranov to our team and we are looking forward to working with him in GP3 Series this year. Ivan is a very talented driver and we are very happy to have him in our team.

“Even if it will be his rookie season in GP3 we are sure that Ivan can adapt to the car quickly and that he will be able to have good results. Our target is to score as many points as possible and to be a serious competitor in our debut season in GP3.”

Hilmer skipped the opening GP3 pre-season test at Estoril last week, so will make their debut at Jerez on 10-11 April.