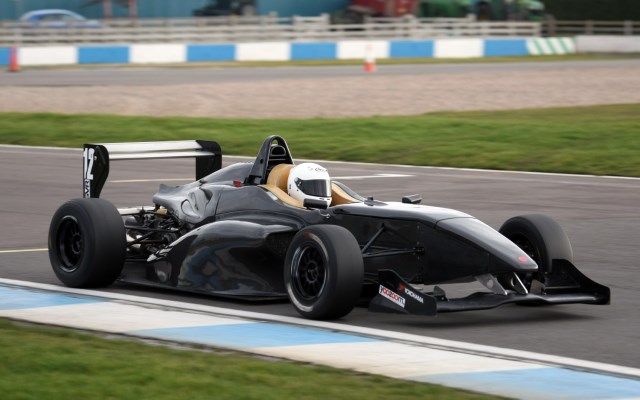 David Wagner has joined the BRDC Formula 4 Championship for 2014, teaming up with MGR Motorsport.

The Scotsman previously took part in Formula Renault BARC in 2011 and 2012 with MGR, finishing fourth in his second campaign with a race win at Donington Park.

He previously finished second to ex-GP3 racer Josh Webster in the Winter Series at the end of 2010 in his first campaign in cars. Wagner spent much of last year on the sidelines apart from a single Formula Ford round with Falcon Motorsport.

The 21-year-old partners another exponent of MGR’s Formula Renault squad Chris Middlehurst, who won the title in the rebranded Protyre series last year with the team.

?I?m really happy that I?ll be back racing again this year in F4,? said Wagner. ?I?ve loved driving the car in testing. It?s got great aerodynamic and mechanical grip and most importantly, it?s reliable.

“Last year I watched the championship on TV and the racing looked close and competitive so I?m looking forward to having many battles this year. I?ve raced with MGR before and I developed from a single seater rookie to a race winner and I?m confident I will have a car capable of winning races.?

Team boss Mark Godwin said: ?We?re really pleased to work with David again in 2014. Despite having a year out of racing in 2013, David was straight on the pace when he drove the F4 car for the first time and has been quick in subsequent tests.

“David is very professional with his approach to racing and proved highly competitive when he last raced with us in 2012, so I?m confident he could achieve some strong results from the very first event. In Chris and David, we have a very strong driver pairing, which should push each other and the team to the sharp end of the BRDC F4 championship this year.?

Wagner is the 19th driver to be confirmed for BRDC F4 this year, with the season starting at Silverstone on 26-27 April.