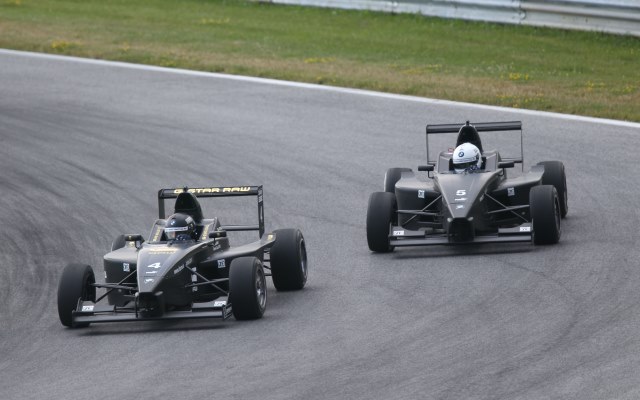 Jules Szymkowiak won both test races at the first on-track event of the 2013 Formula BMW Talent Cup at Spielberg, where last year’s winner Marvin Dienst was on hand to help the current crop of young hopefuls.

17-year-old Dutchman Szymkowiak won the first of the scholarship prizes for this year’s competition, and took victory in both of the test races held in Austria this week.

?Winning on a track like the Red Bull Ring, which also hosts the DTM, is very special for me,? said Szymkowiak. ?The many up and downhill sections make the circuit a real challenge. The preparations in the simulator in Silverstone really helped me secure the two wins today. I am already looking forward to the next test race.?

Switzerland’s David Droux claimed pole position in qualifying but had to make do with second place behind Szymkowiak in the two races.

In the second race, Australian James Allen claimed third spot behind Szymkowiak and Droux. Menzel was next, ahead of Baruch and Waldherr.

16-year-old Dienst currently sits seventh in ADAC Formel Masters, where he’s competing with funding from BMW. As part of meeting the 2013 Talent Cup grid at Spielberg, he took part in a simulated press conference, answering questions from the drivers.

Two more on-track events are scheduled to take place at the Slovakiaring (6-8 August) and Hungaroring (16-18 August), before the grand final at Oschersleben in September, where the drivers will fight to succeed Dienst as champion.

Giovesi pipped by Karthikeyan to Auto GP pole at Mugello

Norisring race one victory given back to Raffaele Marciello