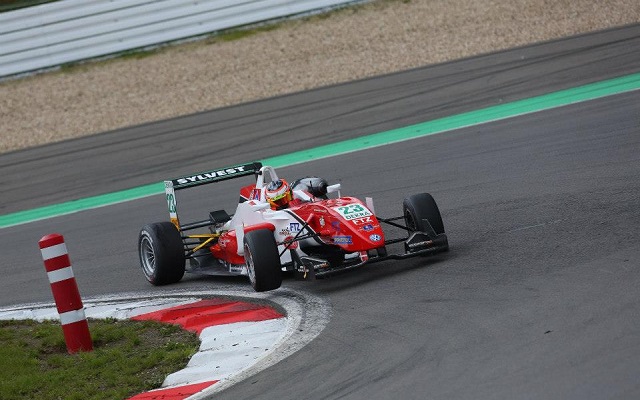 In another race heavy on drive-through penalties, the Dane again remained in the clear with the stewards and benefited, moving up from sixth on the grid to first by lap six.

Sylvest then had to hold off Motopark’s Nabil Jeffri for another nine laps, but managed to do so, picking up his and his team’s first victory in the category.

Jeffri stayed within a second of Sylvest for the second half of the race and eventually finished just 0.7s short of first place.

Sam MacLeod and Indy Dontje, who came together in race one, fought their way up from the back of the pack to finish third and fourth respectively within four seconds of the winner.

Reverse-grid poleman Nikita Zlobin briefly led the race on lap five but ran wide and eventually had to settle for fifth, finishing two seconds ahead of his ADM newcomer squadmate Kang Ling.