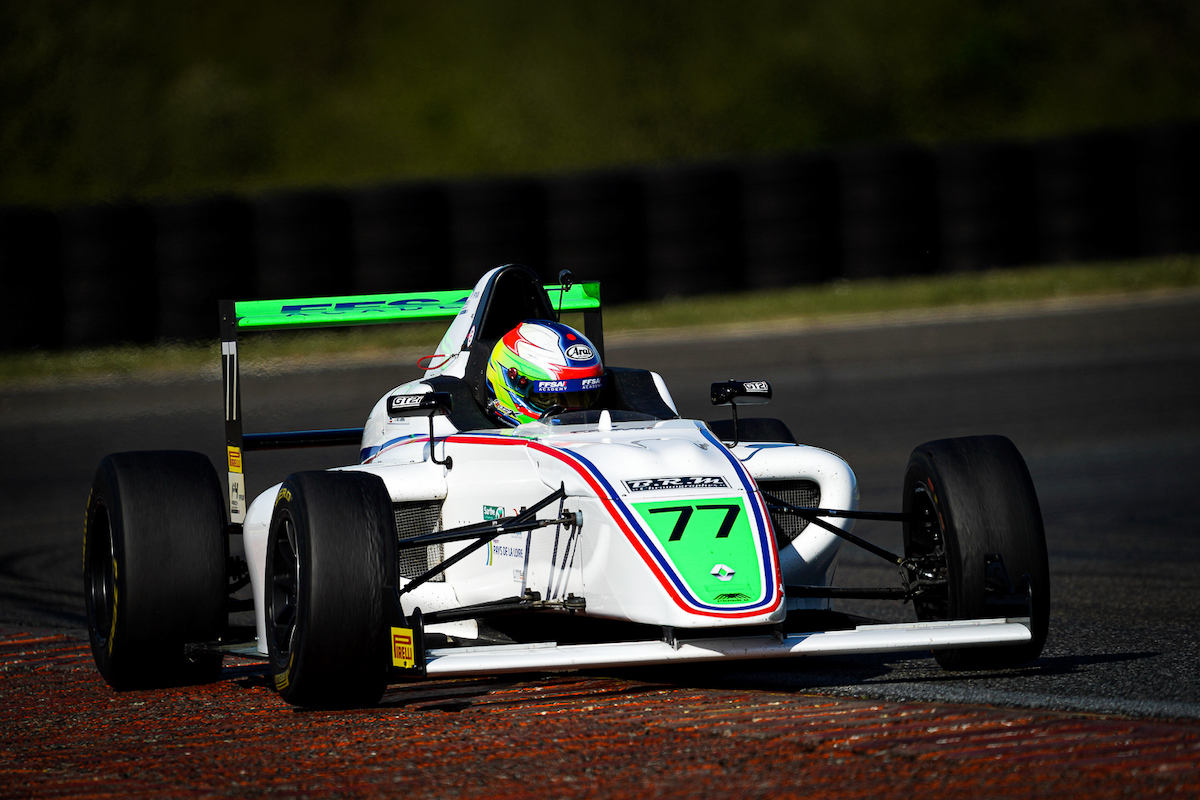 A graduate of Birel ART’s European karting squad, Sutumno made a clean start to quickly open up a one-second lead over his fellow front-row starter Noah Andy, and was gradually able to pull away from the otherwise closely-bunched pack.

His advantage increased to six seconds when Andy spun exiting the Turn 7 hairpin with just four minutes remaining, retiring to the pits after dropping to the rear of the field.

Gael Julien completed the podium after holding off Aiden Neate, the 14-year-old Briton having managed to gain fourth when Daniel Ligier went wide to avoid the spinning Andy.

Ligier had got past both Neate and Dario Cabanelas off the start to move into fifth, and although he lacked pace in the closing stages he managed to fend off a train of cars headed by race one winner Esteban Masson.

Masson had found himself passed in the middle of the race by a charging Maceo Capietto, who came from the back of the grid in his first single-seater start after a formation-lap clutch problem had halted him before race one.

Capietto went on to follow Hugh Barter past Cabanelas one lap later and got side-by-side with Barter himself, but couldn’t find a way through. Masson then came on strong late on, re-passing his former karting rival Capietto and then taking Barter before trying and failing to overtake Ligier on the final lap.