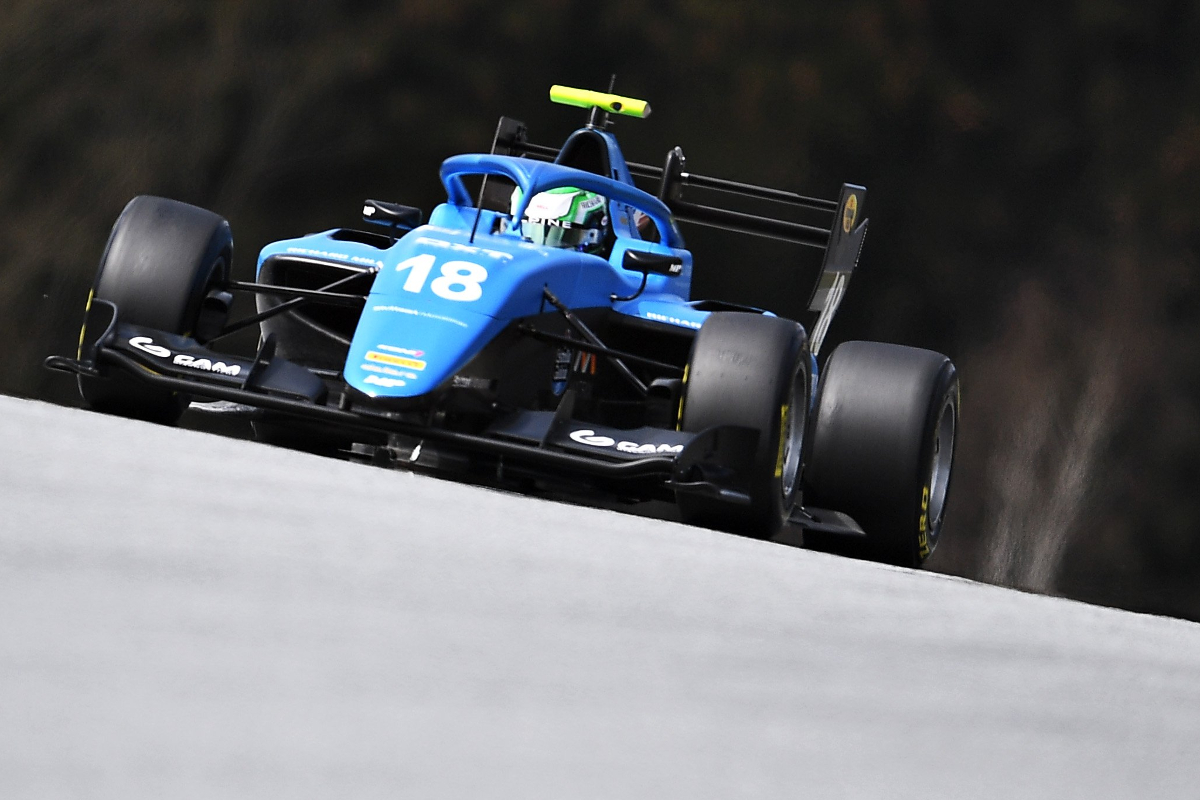 Collet traded the fastest lap of the three-hour Sunday afternoon session with Prema’s Dennis Hauger, both aiming for a new track record for the Dallara F3 2019 car.

Very close to matching Hauger were his fellow Red Bull proteges Jak Crawford, who had been at the top of the times through the first half of the session for Hitech GP, and Jonny Edgar.

While Carlin driver Edgar improved through the afternoon, Crawford’s lap was set towards the start of the session.

There were several red flag periods that punctuated the afternoon running, the first caused by Jenzer Motorsport’s morning pacesetter Calan Williams crashing at turn 10. Hitech’s Honda junior Ayumu Iwasa was the next to bring action to a stop, and then Charouz’s Reshad de Gerus ground to a halt at turn 10 with 45 minutes to go.