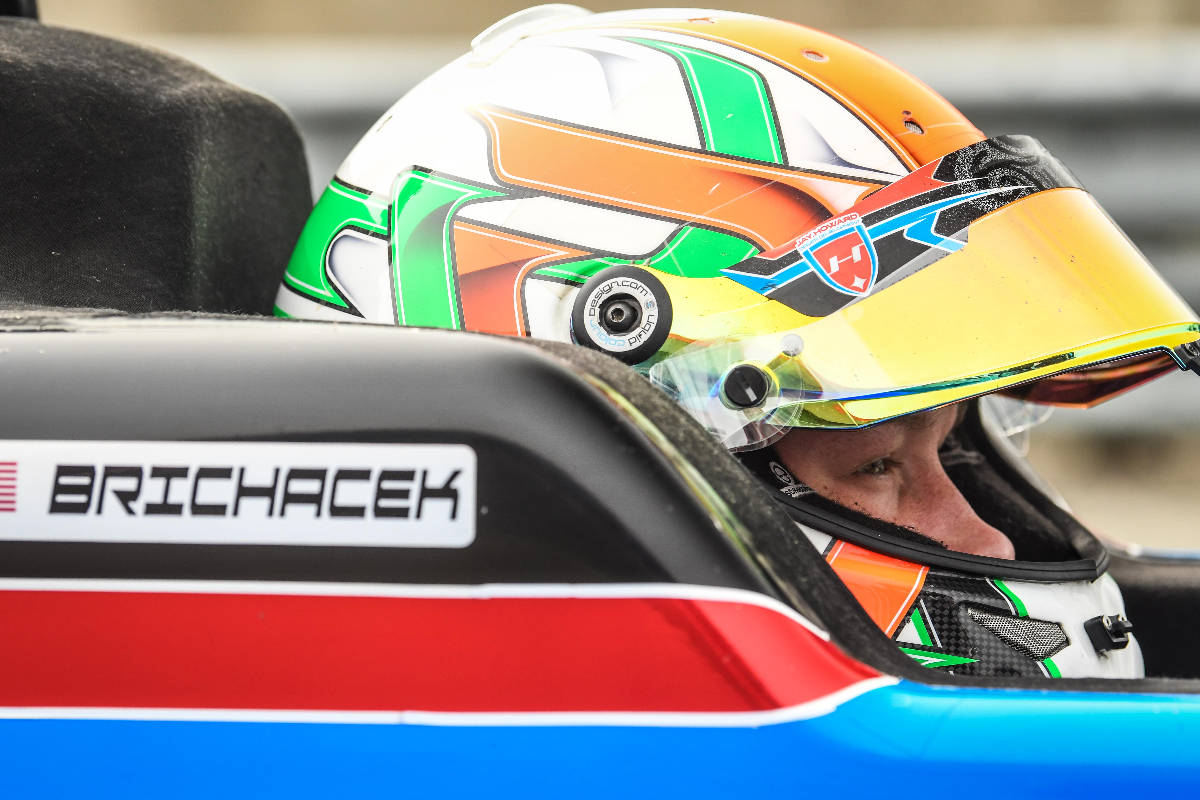 Each series had two one-hour sessions, and will return to the track on Monday for extended runing.

The USF2000 graduate set a 1m17.7737s in the earlier session, going 0.0916 seconds faster than Juncos Racing’s Reece Gold at the top of the times. Gold ended up not improving in the later session while his rivals did, and dropped to eighth on the day’s combined timesheet as a result.

The field was closely spread, with the top 13 spread by less than a second. Turn 3 Motorsport’s Formula Regional Americas convert James Roe ended up closest to Brichacek, 0.2534s off his 1m17.3432s benchmark, with JHDD’s Christian Rasmussen and Pabst Racing’s Hunter McElrea also within three tenths of the pace.

There was a red flag almost immediately in session one, and there was a stoppage in the USF2000 running too.

Series veteran Yuven Sundaramoorthy set a late lap in his Pasbt Racing-run car to go second fastest in session one, while Turn 3 Motorsport’s Josh Green and DEForce Racing’s Nolan Siegel got close to Brooks in the later session and ended up third and fourth overall.