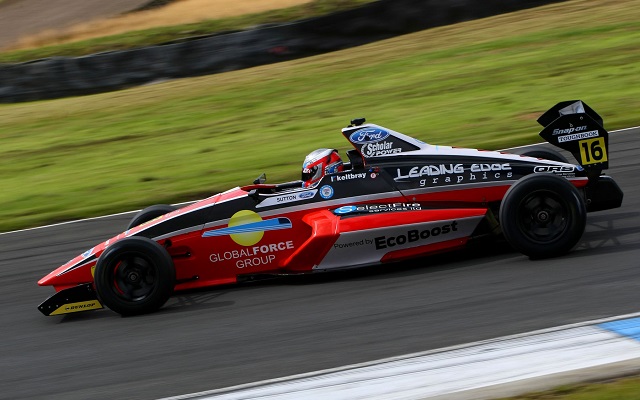 20-year-old Brit Ashley Sutton took his third consecutive victory in Formula Ford GB in race one of round seven at the Knockhill Racing Circuit.

Sutton, racing for MBM Motorsport, kept the lead after starting from pole and calmly controlled the 20-minute race, unchallenged for victory.

Scott’s Falcon teammate Ricky Collard also got ahead of Kruger, taking P3 from the JTR driver on lap 15, and wound up completing the podium. The South African had to settle for fourth, with his squadmate Max Marshall completing the top five and taking reverse-grid pole.