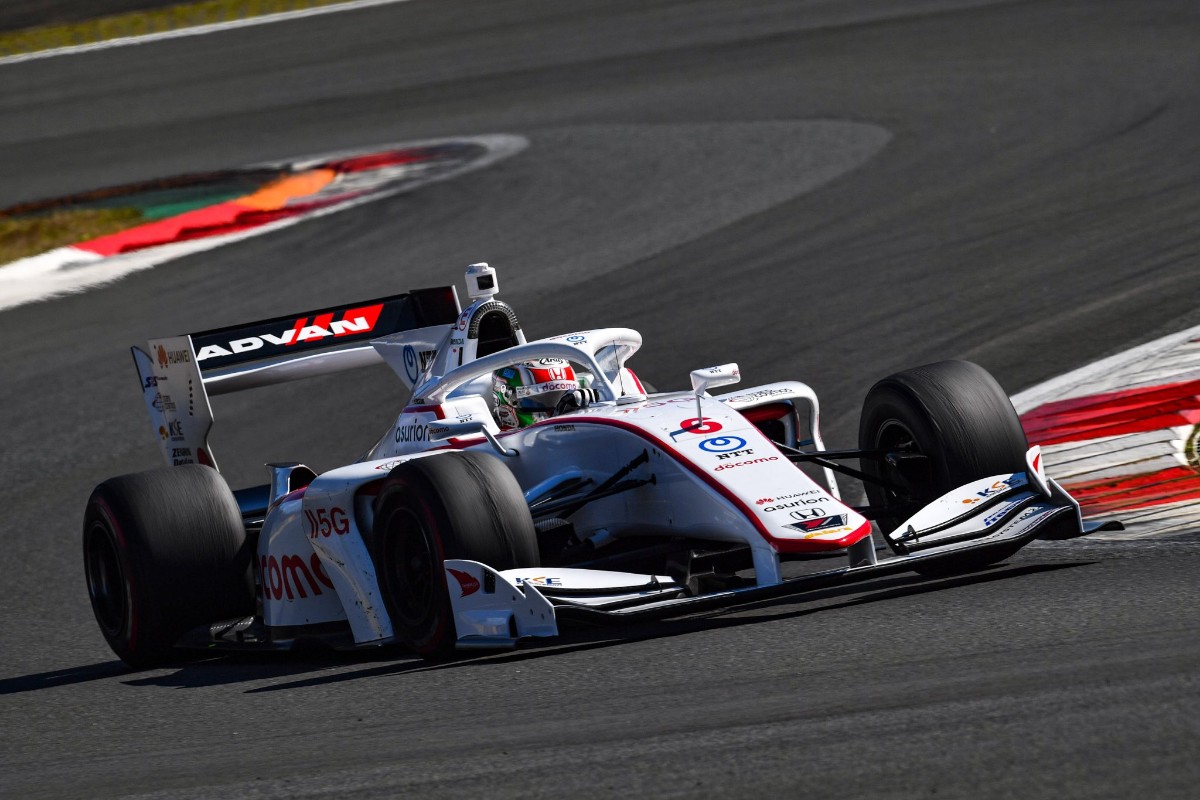 The Honda junior first hit the top of the timesheet 15 minutes into the morning session, which was put back an hour so it would take place in warmer conditions, and didn’t return to that position until the final minute of the session.

For a long time it was Kondo Racing’s Sacha Fenestraz in first place, who went quickest just a few minutes after Fukuzumi did and then focused on racking up the mileage ahead of his rookie season.

It took almost an hour, during which time there was a red flag stoppage after Tadasuke Makino’s Nakajima Racing-run car broke down, before Team Mugen’s Tomiki Nojiri lowered Fenestraz’s benchmark to 1m21.509s.

Drivers that put on new tyres for the final few minutes managed further improvements, with Nojiri setting the first sub-1m21s lap of the day before Fukuzumi put in his best effort.

The final driver to improve was Nakajima’s Toshiki Oyu, who leapt to fourth with a lap that was 0.811s slower than Fukuzumi’s.

Fenestraz focused on track time again in the afternoon, with Hirakawa setting the early pace over Fukuzumi and the reigning Super Formula Lights champion.

TOM’S driver Kazuki Nakajima was the first culprit of stopping early the session when he spun, and after the restart Fenestraz moved to the top with a 1m21.965s.

Another red flag came not long after when KCMG’s Kamui Kobayashi stopped with a puncture, and Vips moved ahead of Fenestraz after the restart by just over a tenth of a second. There wasn’t long for improvements before Kobayashi’s team-mate Yuji Kunimoto spun and caused another delay, with Fenestraz reclaiming top spot once on-track running resumed.

Fukuzumi started making progress in the last half-hour of the session, but once again left it until the very end to go fastest with a 1m21.207s lap. Hirakawa moved up to second place a few seconds later, ahead of Fenestraz and Dandelion’s Naoki Yamamoto.