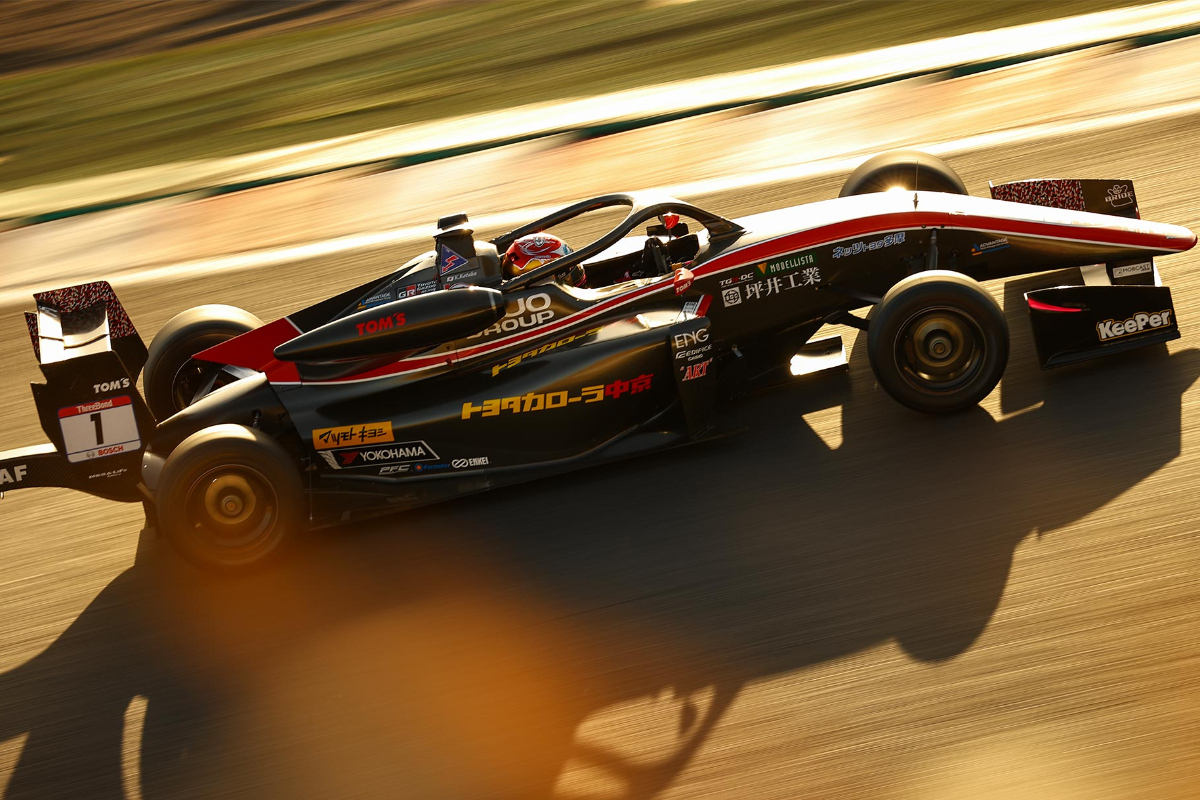 The Super Formula-bound TOM’S driver contested the second of two sessions held on Wednesday, taking over the car Japanese Formula 4 driver Seita Nonaka had piloted in the morning.

His 1m49.807s lap put him over half a second clear of fellow SF driver Nobuharu Matsushita, whose new relationship with Nissan in Japan’s premier sportscar series Super GT has complicated his chances of landing a Honda-powered SF seat with B-MAX Racing.

Matsushita drove for the team on Wednesday morning, and jumping into a sister B-Max Engineering car for the afternoon.

Reigning Super GT300 champion Kiyoto Fujinami took over the B-MAX Racing car in the afternoon and was third fastest, the only other driver within a second of series veteran Miyata.

Japanese F4 champions Ren Sato (Toda Racing) and Hibiki Taira (TOM’S) improved on their morning laps to rise up to fourth and fifth on the combined timesheet in the afternoon, although Sato did crash twice during the test.

While Toda Racing is still a team to place Honda juniors such as Sato, at Suzuka it used a Spiess-built engine rather than the self-developed Toda unit is has run with since 2013. It is believed that it will now adopt German power for the season ahead.

Sixth fastest overall was Teppei Natori, a Euroformula race-winner who has lost his Honda backing for 2021. He joined B-MAX for the sole test session on Thursday and topped the times with a lap 1.239s slower than Miyata’s Wednesday marker.

He’s already landed a Super GT3000 seat, but is seeking sponsorship to stay in SF Lights after racing in the series in 2020.

Below Natori were two drivers who were at the top on Wednesday morning but then failed to improve, with new TOM’S signing Giuliano Alesi in seventh and RS Fine’s Shunsuke Kohno in eighth after the latter crashed in the second session.

After starting the SF Lights test with the fastest lap, Alesi’s focus then switched to preparing for his first ever run in a SF car in the hours before Thursday’s SF Lights session as TOM’s gave him a late call-up to replace the absent Kazuki Nakajima.

Alesi ended day one of SF’s pre-season test as 15th fastest of 18 drivers, with Red Bull-backed Ukyo Sasahara topping the times as a stand-in for the ill Tadasuke Makino at Dandelion Racing.