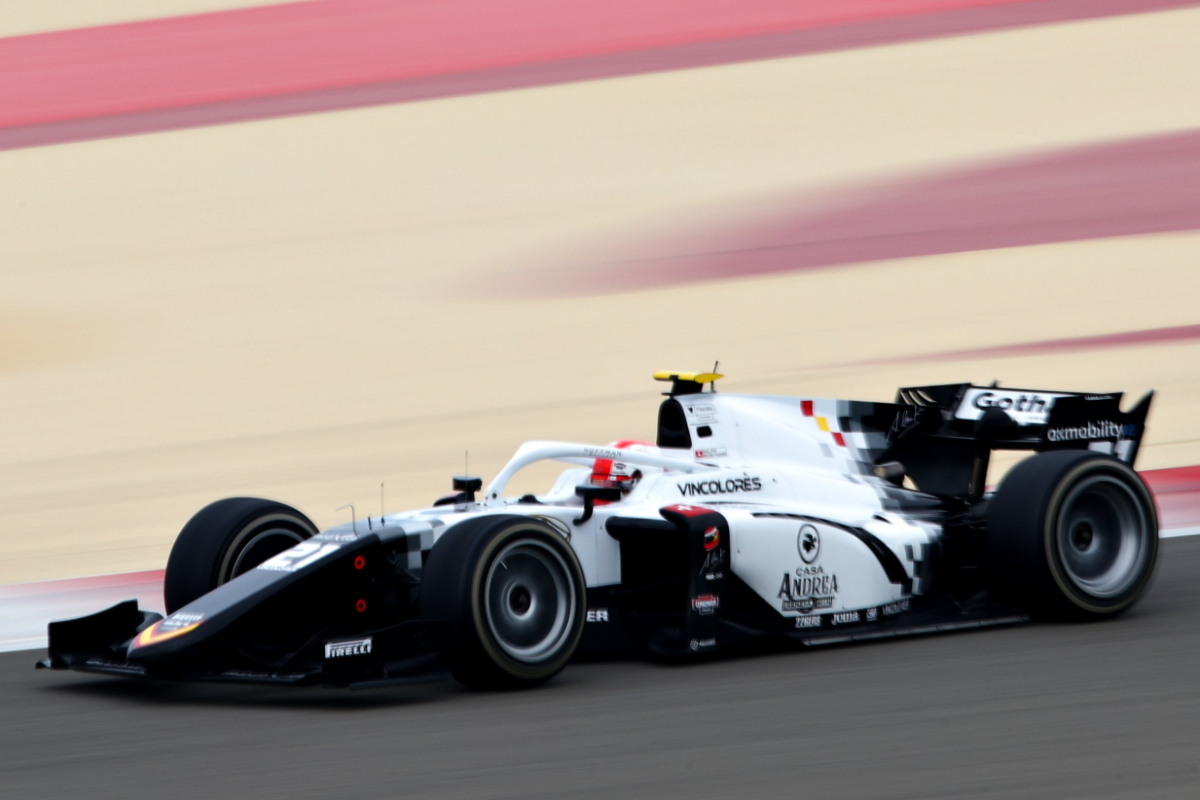 Campos Racing’s Ralph Boschung was fastest in Formula 2’s final pre-season test session at Bahrain, as teams completed the race run programmes they had spent the day focusing on.

In the opposite of the morning session, it was DAMS’ drivers that were first on track, although it was MP Motorsport’s Lirim Zendeli who set the first flying lap of the afternoon with a 1m48.971s.

He didn’t get near that laptime again for a long time as he switched tyres for long runs, but after 43 minutes of the three-hour session Boschung was able to better Zendeli with a 1m47.100s effort that stood as the session’s best for a long time.

Liam Lawson, who waited well over an hour before setting a flying lap and was last on the timesheet for another 40 minutes after that, then went on a short spell of fast laps and leapt up the order to second place with a 1m47.409s.

Prema’s Robert Shwartzman did the same 10 minutes later before embarking on a long run, and he was just 0.046 seconds slower than Boschung with his best lap and faster than Hitech GP’s Lawson.

Going into the final half-hour of testing, almost every driver was embarking on a full race simulation (19 to 21 laps) or multiple long runs (10 to 13 laps), with a few running two fast laps at the start of their stints.

Shwartzman’s team-mate Oscar Piastri jumped from 21st to third with his effort, and Zendeli then snatched third a minute later by finally beating his very first lap of the session.

Campos embarked on its final runs with 10 minutes to go, and Boschung lopped over two seconds off his early benchmark to solidify his position on the top spot, while team-mate Gianluca Petecof made a quick dash out of the pits and rose up to second with a lap 0.632s slower.

In the final minute, Nissany then became the only other driver to lap sub-1m47s with a lap good enough for third place.