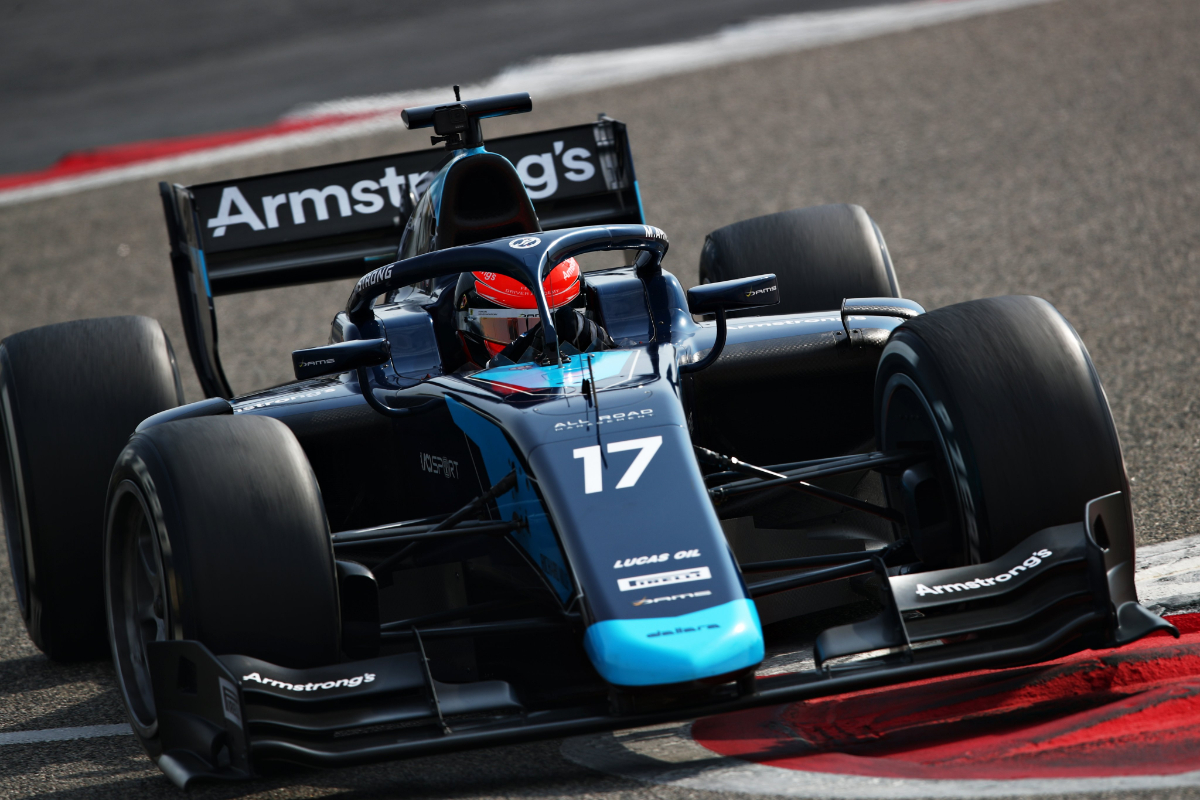 Charouz Racing System was the first team to get on track for a set of laps, and the first flyer came in after 10 minutes from Virtuosi’s Felipe Drugovich. Half of the field put in an early banker, while DAMS didn’t even go for installation laps.

By the 25-minute mark of the three-hour session it was Carlin duo Dan Ticktum and Jehan Daruvala on top, with Charouz’s David Beckmann and Hitech GP’s Juri Vips having also bettered Drugovich’s early benchmark.

The DAMS drivers had now gone out and set flying laps, leaving only HWA’s Matteo Nannini and ART Grand Prix’s Christian Lundgaard as yet to run at a representative pace.

MP Motorsport’s Richard Verschoor and then Vips went to the top of the times within the first hour, with Lundgaard still yet to show his true pace.

He eventually did at the start of the second hour, but only outpaced HWA’s Alessio Deledda while Armstrong brought the laptime to beat down to a 1m42.173s. Hitech’s Liam Lawson and Vips, as well as Virtuosi’s Guanyu Zhou, were all within a tenth of a second of him.

Approaching the mid-point of the session a focus on qualifying runs brought Prema’s Oscar Piastri and Robert Shwartzman up to sixth and ninth and Lundgaard up to 14th after the trio had been languishing towards the bottom of the timesheet.

The session was red flagged a few minutes after the improvements by those three, at which point just 1.412s covered the top 21, with Deledda a further 1.491s slower than Daruvala in 21st place.

The top five from the beginning of the second hour was unchanged as the session went into its final minutes, where just a few drivers were on track and completing the end of long runs.