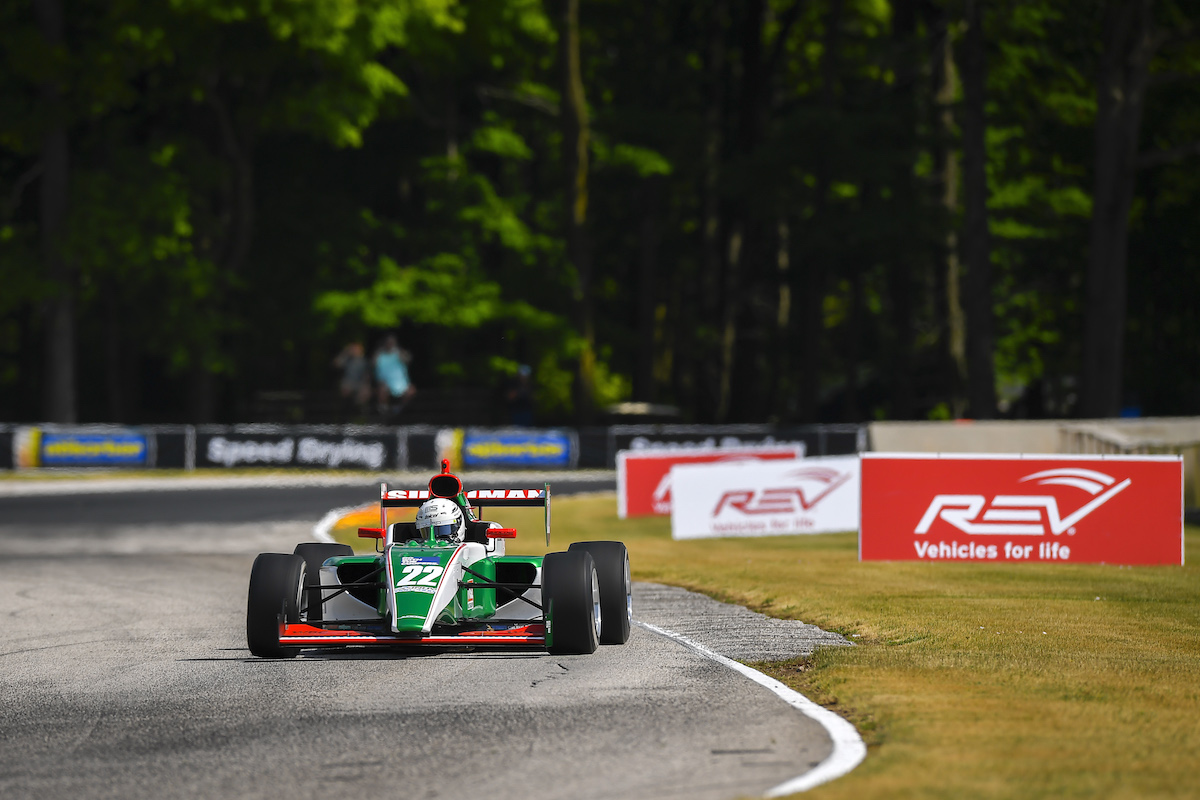 Manuel Sulaiman claimed another Road America pole position with a last-gasp effort in the second Indy Pro 2000 qualifying session of the weekend.

Juncos Racing driver Sulaiman was not in the fight for pole until his final attempt, with top spot instead being traded between Braden Eves and Jacob Abel for most of the final six minutes.

Inside the last minute, Artem Petrov, Eves and Reece Gold all took turns in first place before Christian Rasmussen went nearly three tenths of a second clear just prior to the chequered flag.

It looked as though that time would be unbeatable on the final flying laps, only for Sulaiman to better it by over three tenths of a second.