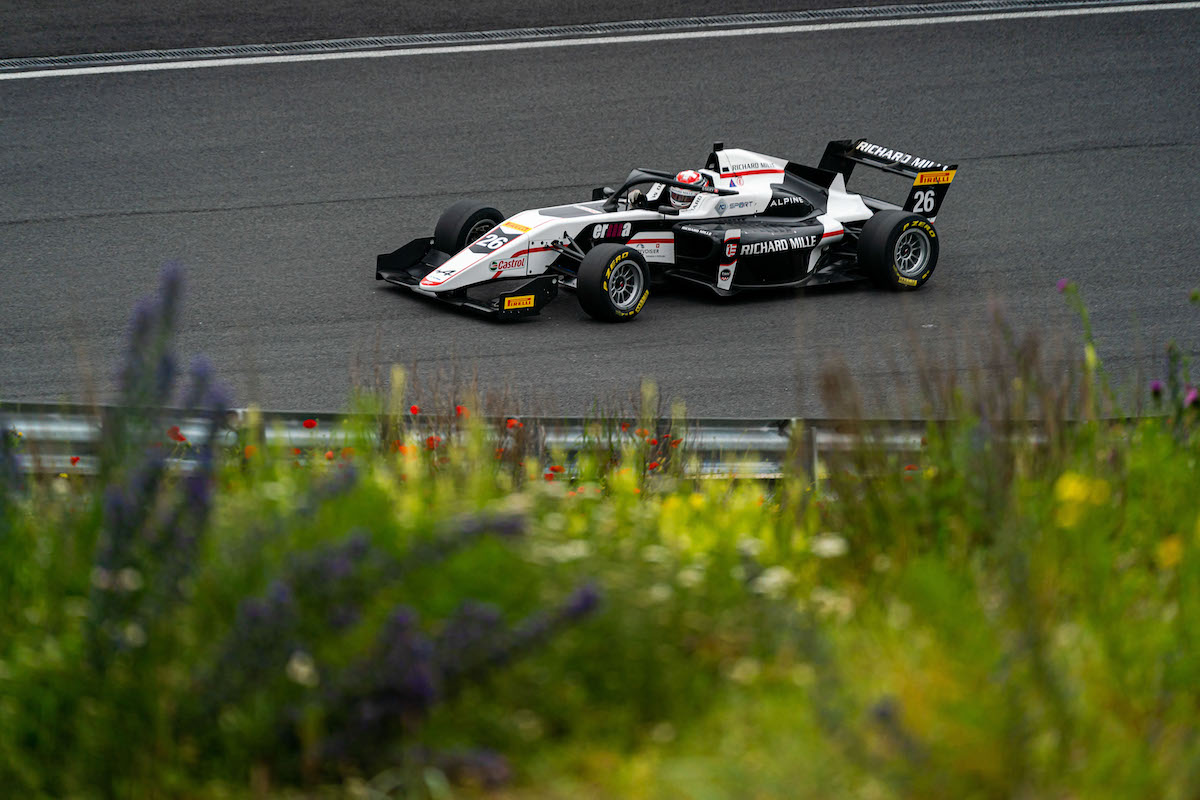 Saucy got a good start from pole position to put himself into the lead at the start, while team-mate Gabriele Mini found himself under instant pressure from R-ace GP’s Hadrien David.

That allowed Saucy to open up a two-second gap in the early stages of the 30-minute race, as JD Motorsport’s Tommy Smith skidded off at Turn 8, which was recovered without a safety car intervention.

From there, Saucy was able to maintain the gap to Mini, extending it to around three seconds.

With eight minutes remaining, KIC Motorsport’s Patrik Pasma crashed on the exit of Turn 4, which did neutralise the race.

The restart came with three minutes to go and, much like at the start, Saucy scampered away as David tried (and failed) to get past Mini.

In one lap, Saucy opened up a gap of two seconds, and by the finish line, he was ahead by three to take his fifth win of the season.

As R-ace’s Zane Maloney could only finish 15th from 21st on the grid, it allowed Saucy to drastically extend his championship lead, which is now 39 points over David.

Mini and David finished in that order ahead of Prema Powerteam’s Paul Aron, who had a relatively quiet race.

MP Motorsport’s Franco Colapinto finally got points on the board with fifth, passing Van Amersfoort Racing’s Mari Boya on the restart.

Unlike at Paul Ricard, Belov is not listed as a guest driver and therefore is eligible for points.

David Vidales and William Alatalo had a fine scrap for 11th in the closing stages, with Vidales coming out on top.

In addition to Pasma and Smith, Monolite Racing’s Pietro Delli Guanti was the only other retiree as he hit mechanical issues early on.

After crashing in qualifying and damaging his chassis, Andrea Rosso failed to start, as did Jasin Ferati who did not participate in the morning session.