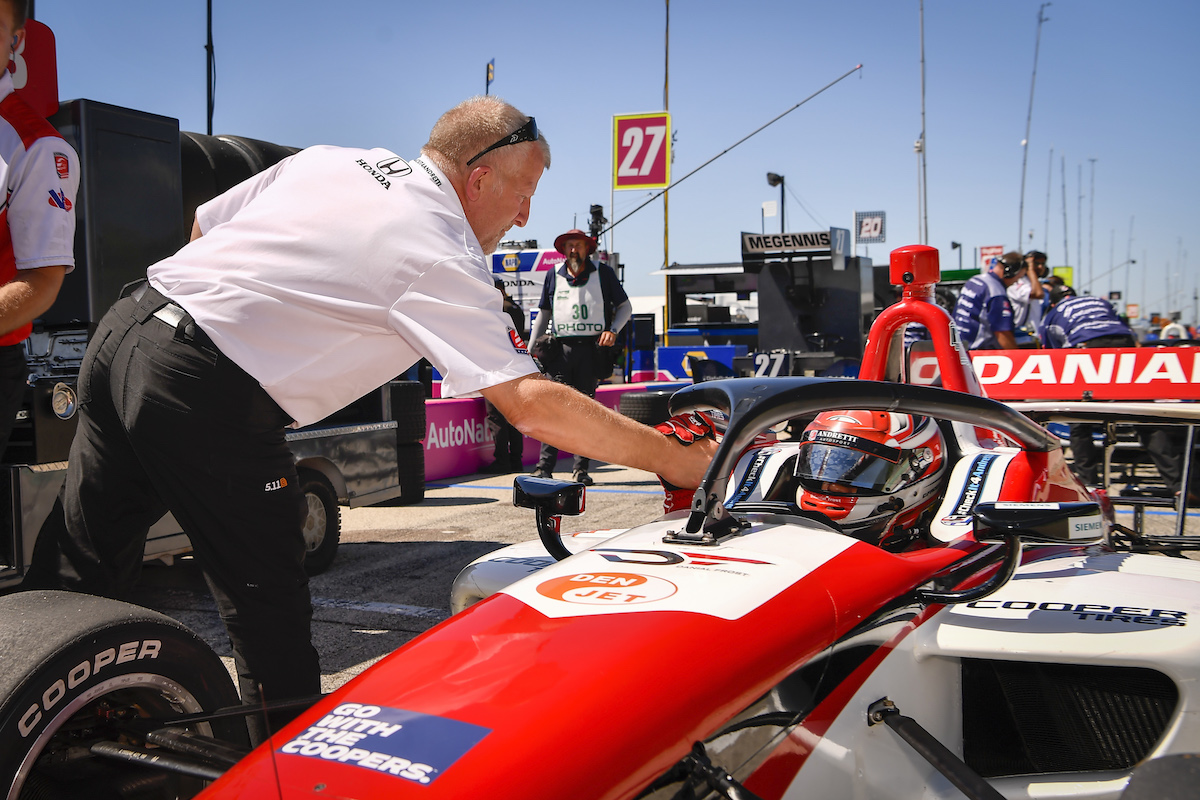 A red flag to allow the car of Christian Bogle to be retrieved on the exit of Turn 7 meant Sting Ray Robb remained on provisional pole until 90 seconds to go, when he was dislodged by David Malukas.

A total of seven drivers improved on that time on their final attempts after the chequered flag, including Malukas himself, but it was Andretti Autosport’s Frost who finished up fastest, beating Malukas by 0.0955 seconds.

Kyle Kirkwood went second to Malukas prior the chequered flag and finished up third, in front of fellow Andretti-run drivers Devlin DeFrancesco and Robert Megennis.

Alex Peroni took sixth for Carlin while championship leader Linus Lundqvist ended up down in seventh – having been the first driver to displace Malukas on top spot on the final runs.