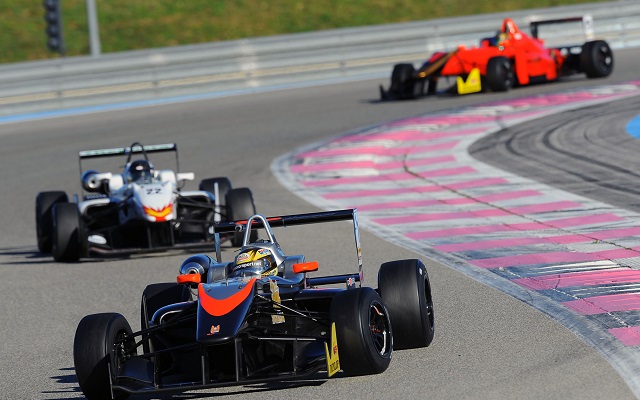 Stuvik, who also recorded the best lap, didn’t have the best start to the race as he allowed both Kevin Giovesi and Yu Kanamaru through on lap one. The F3 Open then overtook the Japanese driver right away before settling in behind Giovesi. The duo battled it out for the lead with Stuvik taking over at the front on lap nine and holding on until the checkered flag.

Kanamaru finished third as the best rookie of the race after a close battle with his teammate Tatiana Calderon, who had to settle with fourth, finishing just two tenths behind the Japanese Eurocup Formula Renault graduate.

Fifth place also wound up being hotly-contested between Team West-Tec’s Cameron Twynham and 16-year-old karting graduate Alex Palou. The Brit managed to emerge ahead, while Palou notched a sixth-place finish in his debut race in cars after a slow getaway from the front row.