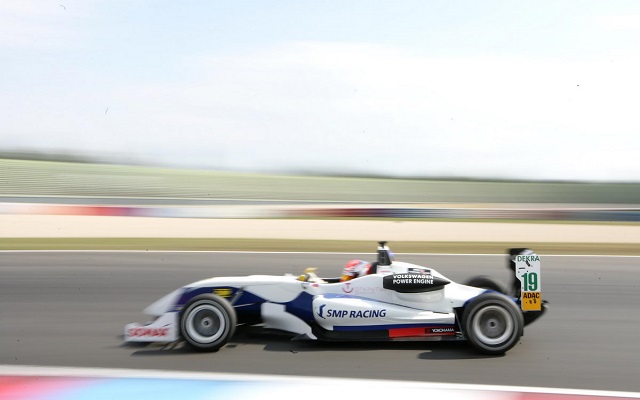 Zlobin, 17, is the son of ex-F1 test driver Sergey Zlobin. He made his single-seater debut in 2013 with a full-time campaign in Formula Renault Alps and also participated in three rounds of German F3 with ADM, scoring three points.

“I think Formula 3 is a mandatory step on your way to Formula1, and I am really happy to be taking part in it,” stated Zlobin, who extensively tested with ADM in the post-season. “I contested three races last year. We learned a lot then which we can use now.”

Trofimov, 16, also kicked off his full-time single-seater career in 2013, joining the National Trophy class in Formula Abarth. He wound up taking the category title and picking up three overall podium finishes. The Russian then went on to test with Koiranen in Formula Renault 2.0 on many occasions, but instead settled for a switch to German F3.

“Formula 3 is a big step forward for me! I have never been at the wheel of such a car,” said Trofimov. “It will not be easy but I am ready.”

ADM are yet announce the third driver who will complete their three-car German F3 lineup. The Italian team fielded a number of entrants during the 2013 season, including team leader Matteo Cairoli, who finished seventh overall and picked up two podium finishes.