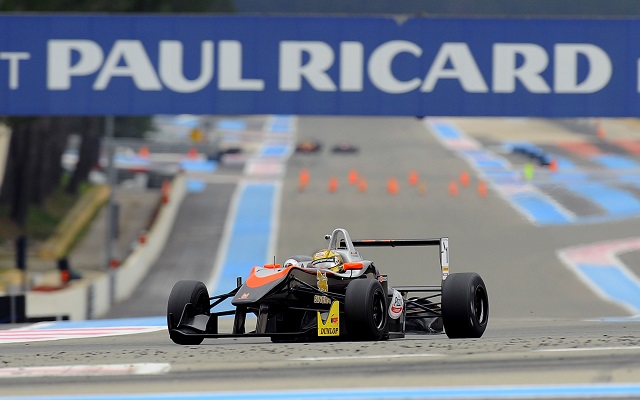 The Thai racer excelled on his return to the series, going 0.15s quicker than Spanish karting graduate Alex Palou, who will start his maiden race in single-seaters from the front row. Losing out to Palou by only 0.01s, former Copa class champion Kevin Giovesi secured third.

Giovesi will share the second row with Cameron Twynham, who himself graduates from the F3 Open Copa class after finishing runner-up last year. EmiliodeVillota’s duo Tatiana Calderon and Yu Kanamaru will start from fifth and sixth respectively, while Israeli driver Yarin Stern was only seventh fastest after being on top in today’s practices sessions earlier on.

Another close battle between Artur Janosz and Christopher Hoher saw the Polish driver take eighth by only one hundredth of a second, as Che One Lim completed the top ten.