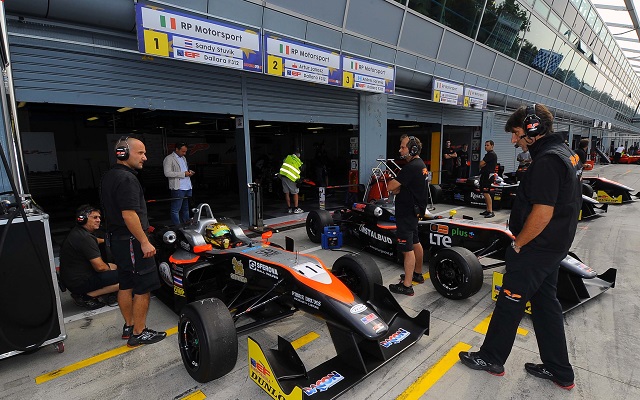 Recording his time in the first session, the Thai driver was the only one who managed to go under the 1:47s benchmark.

In the morning, the first practice saw a top three of Stuvik, Giovesi and Palou, with the championship leader almost half a second clear of the rest of the field.

Hoher and Andres Saravia ended up in fourth and fifth, followed by Russian Konstantin Tereshchenko and series frontrunner Artur Janosz. West-Tec duo Tanart Sathienthirakul and Wei Fung Thong were eighth and ninth fastest respectively, while the top ten was completed by Henrique Baptista.

Next time around, both Giovesi and Palou managed to improve their times to get first and second spots in practice two, while Stuvik had to settle for third.

Saravia and Hoher once again made it to the top five as Sathienthirakul and Tereshchenko completed the top seven. Yarin Stern was eighth fastest, followed by another series returnee Damiano Fioravanti and Janosz.

It was Kanamaru who was quickest in the final session with RP duo Stuvik and Janosz finishing second and third.

Giovesi and Fioravanti were fourth and fifth with Dzhon Simonyan making his first appearance in the top ten with sixth. Seventh and eighth were occupied by Saravia and Tereshchenko, while Costantino Peroni and Baptista rounded out the top ten.