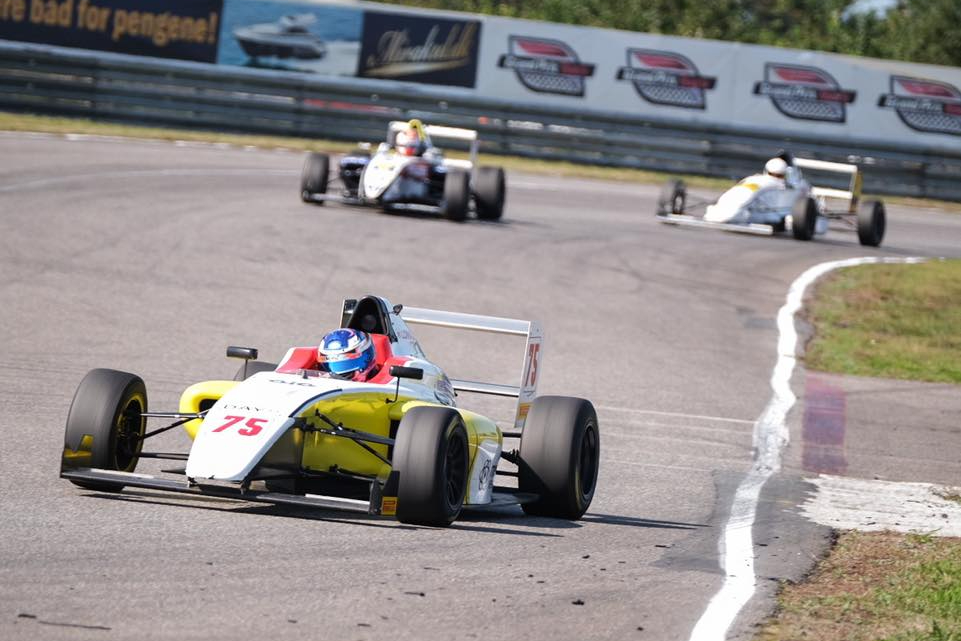 Noah Stromsted continued his remarkable start to his single-seater career with his third win from four Danish Formula 4 races.

The Team FSP driver was beaten to pole at Padborg Park by Formula 5 driver Mads Hoe, but passed him off the line and from thereon was unrivalled at the front of the field.

He took victory by four seconds after 16 laps, and is now up to fifth in the standings despite missing the first two rounds.

His team-mate William Wulf and Juju Noda also passed Hoe on the opening lap, but Hoe regained a position on lap three after Wulf came to a stop on track.

Despite his car being positioned on the asphalt, there was no safety car period called to clear it and drivers just had to take a wider line at the end of the straight where Wulf stopped.

Hoe kept the pressure on Noda for what became second place for the rest of the race, and as they approached lapped traffic late on he then had Jesse Carrasquedo Jr closing in behind him.

Carrasquedo couldn’t get close enough to think about making a pass, and lost time early on battling with Hoe’s F5 driver Jacob Bjerring.

Emmo Fittipaldi finished a distant sixth in the third of FSP’s cars, but was 14s ahead of debutant Sebastian Gravlund in seventh place. Gravlund came 31st in this year’s WSK Super Master Series in karts, driving for Kosmic Racing.

Michella Rasmussen was the other F4 debutant in the field, and finished two laps down in 12th. She’s the daugher of Peter Henriksen, who finished 11th.

Sulaiman steps up to Indy Lights with HMD Motorsports