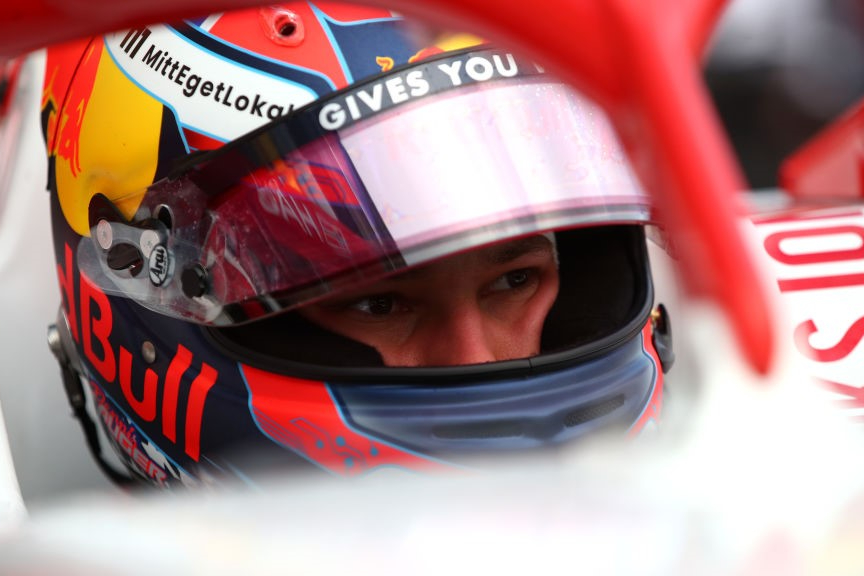 Dennis Hauger extended his FIA Formula 3 Championship lead to 29 points by taking his third pole of the season at Zandvoort.

The 30-minute session was delayed by 15 minutes due to clean-up from the W Series session that took place prior.

When things got going, Hauger and title rival Jack Doohan exchanged times at the top, before several drivers came to the fore as the majority of the field pitted.

Among those were the Hitech GP trio, with Ayumu Iwasa and Jak Crawford slotting themselves into the top four for a period of time behind Prema’s Hauger and Trident’s David Schumacher.

On the second runs, it was Schumacher’s turn to take to the top. Once again, only a handful of drivers took to the track with the rest of the field in the pits, with Campos Racing’s Amaury Cordeel the quickest of those who did.

At the start of the final runs, the momentum was interrupted after Charouz Racing System’s Hunter Yeany spun at Turn 2 into the banked Turn 3. He was able to get going again, reducing the length of the interruption.

The timing screen was largely a mixture of personal bests and inadequate sector times when the session resumed with four minutes to spare. Hauger went fastest in the first two sectors before encountering traffic, but it was still enough for pole.

ART Grand Prix appeared to lack pace in the session, with Alexander Smolyar its top driver in eighth ahead of Iwasa and Prema’s Arthur Leclerc.

Charouz’s Logan Sargeant ended up 11th and will start on the front row for the reversed grid race one beind Cordeel, who took his best FIA F3 qualifying to date.

Jenzer’s Rafael Villagomez ended the session 13th but is under investigation for missing the weighbridge.

Title contender Frederik Vesti ended up a lowly 14th and has a lot of work to do on the twisty circuit to keep his title hopes alive. Fellow title outsider Olli Caldwell fared even worse and was 16th behind Campos’s Lorenzo Colombo.