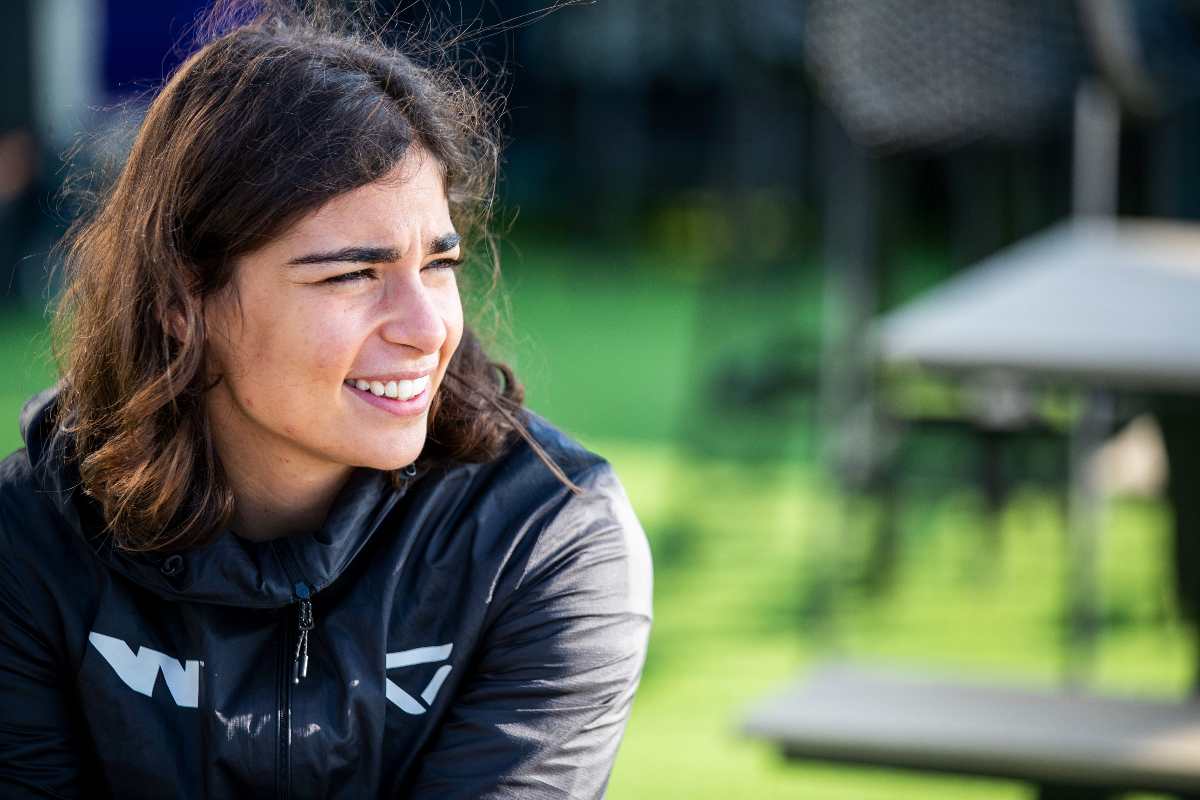 Jamie Chadwick was fastest by almost a third of a second in W Series’ sole free practice session at Zandvoort.

The Briton moved to the top of the times just before the halfway point of the half-hour session, setting a 1m35.556s to go fastest.

That pushed Alice Powell off the top spot, and her title rival responsed fairly promptly with a 1m35.637s. Another improvement with just under five minutes to go brought her down to a 1m35.320s, but Chadwick had already improved herself and set the pace at 1m35.004s.

Abbie Eaton moved up the order late on and snuck into third place before yellow flags were waved in sector two through the final minutes after Marta Garcia got beached in the gravel.

Nerea Marti was fourth, with Beitske Visser and Miki Koyama both within a tenth of her. Visser, driving in front of her home fans in the Netherlands, was outside of the top 10 for most of practice, but then with two improvements brought herself into the top five.

Emma Kimilainen ended up seventh after setting the pace early on, an spent a considerable amount of time in the pits with suspected damage as she said “shit happens” in regards to the condition of her car when she finished her run.

Fabienne Wohlwend, the very first to go fastest, Sarah Moore and Abbi Pulling completed the top 10. Pulling spent some time in the top four, but couldn’t find gains in time towards the end and slipped down the order.