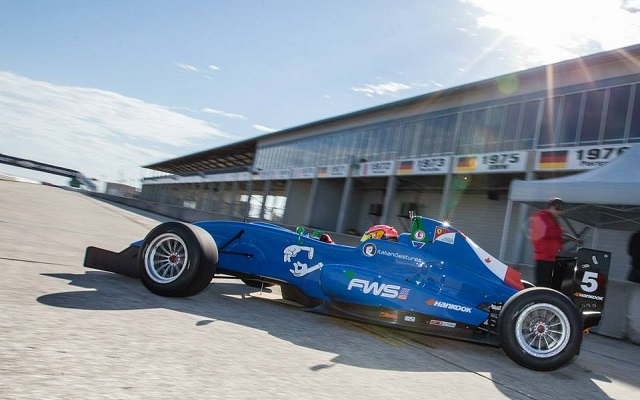 Ferrari Driver Academy members Lance Stroll and Antonio Fuoco made up the front row in both qualifying sessions of the series’ second visit to Homestead-Miami, taking a pole position each.

The first session saw all of the Ferrari juniors take an unusual gamble as Fuoco, Stroll and Raffaele Marciello all attempted to set their fastest laps in the first ten minutes. The Canadian, who set the pace in practice a day earlier, ended the first half of the run on top, leading Fuoco by one tenth of a second with Marciello another few tenths down.

Stroll’s early effort proved to be unassailable for the rest of the competitors, as most of the series’ drivers began setting competitive times in the closing ten minutes only. With Stroll and Fuoco ending the session early, several drivers managed to rival their times, with Nicholas Latifi coming closest of all, but the FDA pair got to keep their front row spots for good.

Latifi wound up heading row two, with Max Verstappen setting the exact same time to take fourth. Ed Jones was a further 0.003s away in fifth, with Marciello sliding down to six.

The strategies were reversed somewhat for the second outing, as both Fuoco and Stroll opted to put their times in later on in the session. While Jones and Latifi fought for the top spot early on, they were deposed by Stroll coming into the final ten minutes.

Another five minutes after that saw Fuoco secure provisional pole position, which he would hold on to for the remainder of the session. Stroll had to settle for second, rounding out his personal best qualifying day in the series, while Jones led Latifi on row two.

Verstappen secured fifth, ahead of Calderon, van de Laar and Marciello. Bosak, Romanov, Kasai and Marriage made up the remainder of the field.