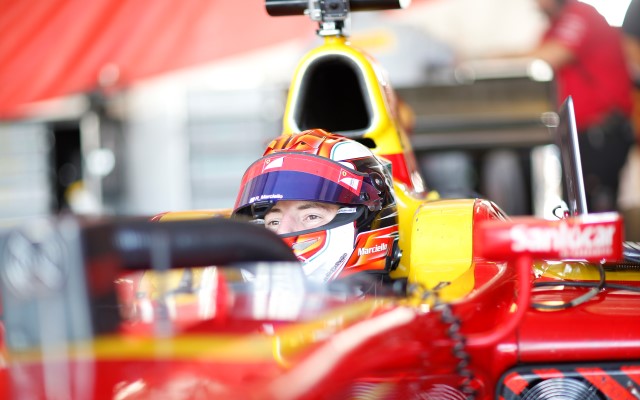 Racing Engineering has finally confirmed that Ferrari protege Raffaele Marciello will race for them in GP2 this year.

Ferrari made it public nearly a month ago that the FIA F3 European champion would step up to GP2, and it was widely expected that his destination would be the Spanish squad who carried Fabio Leimer to the 2013 title.

“I am proud of the choice to race with Raffaele this year and confident that his past experience and support of the Ferrari Driver Academy will be a benefit for Racing Engineering in our targets for the season,” said team boss Alfonso de Orleans-Borbon

“This confidence is also a result of the efforts and great amount of work that this team has been producing during these last years. With this, we are very happy to have among our ranks the current European F3 champion for the 2014 season, something that will motivate us even more to equal, if not improve, the results in GP2 that Racing Engineering had last season.”

Marciello added: “I’m really happy to be a part of Racing Engineering. It is one of the strongest teams and I feel best placed and very proud to be with them.

“GP2 is a fantastic platform because you can start learning more about tyre management and because you are also in the paddock close to the Formula 1 environment.

“I am really thankful for the continued support of Ferrari Driver Academy and for the opportunity to race with my new team, I’m sure that we’ll do a really good job together.”

The identity of Marciello’s team-mate has yet to be revealed. Mitch Evans has been linked with Racing Engineering but also with Russian Time, prior to their split from Motopark that was announced yesterday.