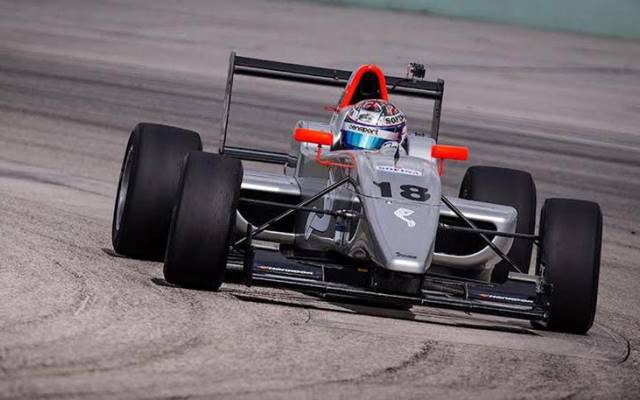 Nicholas Latifi took the spoils in race one of the final Florida Winter Series event at Homestead.

Ed Jones surged into the lead at the start from fifth on the grid, initially leading fellow third-row starter Raffaele Marciello before third-place qualifier Latifi over took the newly-confirmed Racing Engineering GP2 driver.

Latifi went on to overtake Jones on lap seven and claim victory in a safety car finish after Dennis van de Laar and polesitter Lance Stroll came together.

Antonio Fuoco passed Jones two laps after Latifi to claim second place, but had been right on the Canadian’s tail before the race was neutralised.

Max Verstappen took advantage of the incident between van de Laar and Stroll to finish fourth ahead of Marciello. Alex Bosak was sixth, followed by Takashi Kasai, Top Gear magazine’s Ollie Marriage and Tatiana Calderon, who lost time early on.