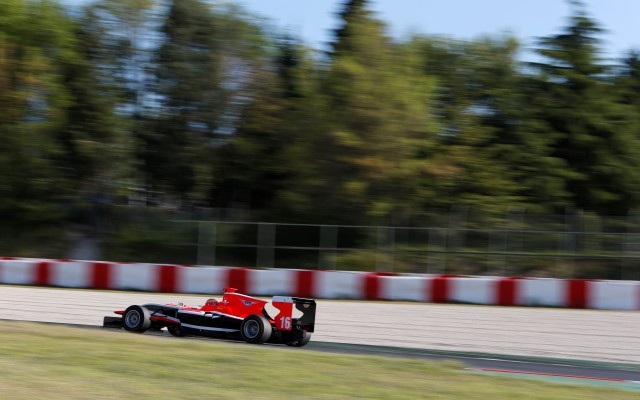 Dean Stoneman ended pre-season testing ahead of the 2014 GP3 campaign with the best time in the final session at Barcelona.

The Marussia Manor Racing driver hit the top of the timing screens with just under an hour of the afternoon remaining, with a time that was nearly two seconds adrift of the quickest time of the test, set by Emil Bernstorff during the morning.

20 drivers have been officially confirmed for the 2014 season so far, with six drivers who took part in this week’s test yet to have a seat secured for when the series returns to Barcelona for round one in three weeks’ time.