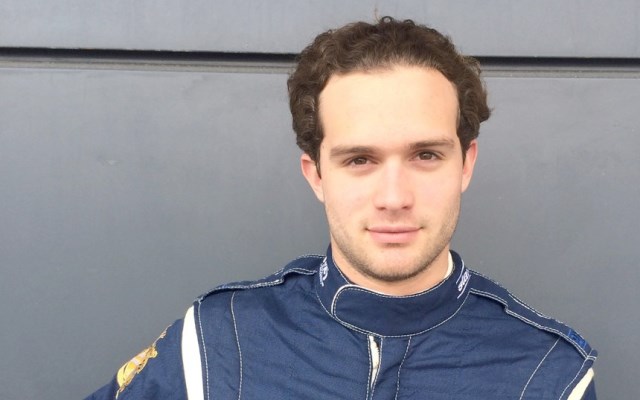 That was only his second race weekend, having made his debut in the Lotus Elise Trophy two weeks earlier at Snetterton.

He has been testing with MGR and has impressed the team.

“The BRDC F4 Championship is the perfect series for me to start racing full time as the car is great for new drivers like me to come into and start learning straight away, helped especially by the paddle shift gearbox,” said Claessens.

“I haven?t felt intimidated behind the wheel which is really comforting for a new driver and gave me confidence to start pushing to improve my lap times and learn more about the car. My aims for this year are to learn, develop myself as a driver and make the most of the experience of the Mark Godwin Racing team to push for strong results as the season develops.”

?Michael has really impressed us with his development in the tests so far, and if his development continues well, he could be in line for some decent results, certainly in the second half of the season,” said Godwin. “With drivers as experienced as Chris and David in the team alongside him, he will only benefit from their knowledge and help to push the team on.?

Claessens becomes the 22nd driver to sign up for BRDC F4 in 2014 ahead of next weekend’s opening round at Silverstone.