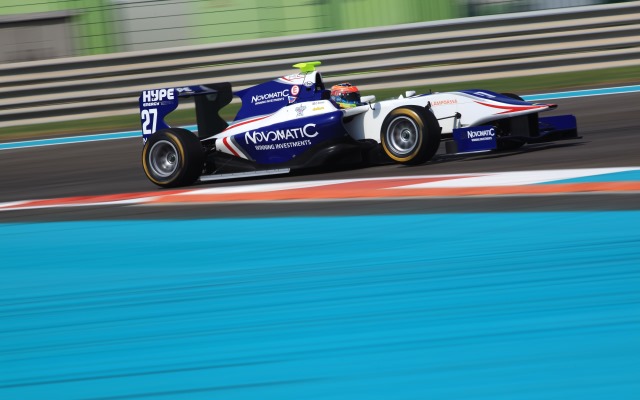 Rowland had knocked Gasly off top spot inside the final hour, with the pair the only drivers to have dipped below the 1m56s mark. However, in the final ten minutes, Stoneman moved up from third place with a time of 1m55.829s – just under half a second faster than his morning benchmark.

Stoneman scored a second place in race two at the weekend on his return to single-seaters following his fight with cancer.

Eurocup champion Gasly improved with his final lap to take second place, just over a tenth away from Stoneman and narrowly ahead of Rowland.

As in the earlier session, GP2 runner-up Sam Bird took fourth place in his efforts to get Russian Time up to speed with the GP3 car.