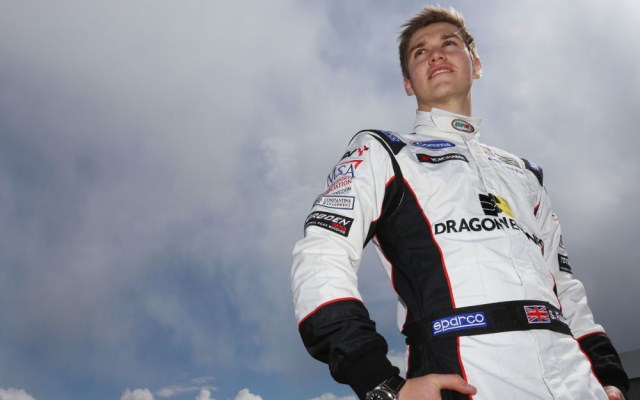 Sennan Fielding will return to BRDC Formula 4 action in this month’s Winter Championship.

The 17-year-old contested the opening three rounds of the inaugural BRDC F4 season this year, scoring a best result of fifth with Douglas Motorsport at Brands Hatch before a lack of budget forced him out.

He has now signed up with HHC Motorsport for the Winter Championship, which takes place over rounds at Snetterton and Brands Hatch. He is raring to go after nearly five months away.

“I?m really looking forward to getting back into racing,? said Fielding.

?It feels like a long time coming but I?ve been able to get some good testing under my belt with the team last week and I?m confident that with the team we can go onwards and upwards. We won?t know until the weekend where we stand, but we?re confident of strong results.”

Fielding joins Will Palmer in HHC’s line-up, with team principal Charlie Kemp confident of a good showing after finishing third in the main series with Charlie Robertson.

“I?m delighted to confirm Sennan with the team for the Winter Championship,” said Kemp.

“He showed a lot of promise during the rounds he contested early in the season, and he?s gone very well in testing with us, so we expect to be running at the front again. With Will and Sennan in the team, we?re expecting a very strong Winter campaign.”

The opening round at Snetterton takes place this weekend.