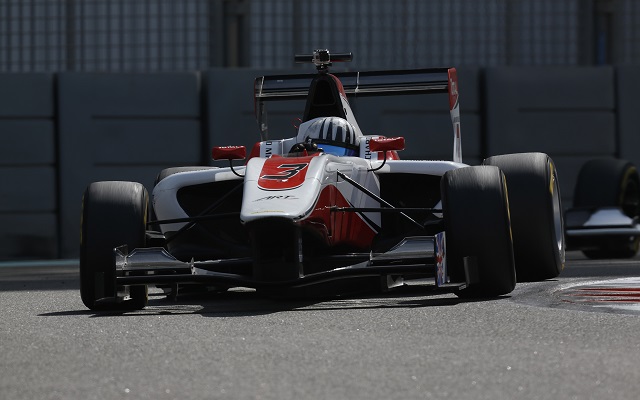 The GP3 championship has confirmed the list of names for the second day of the post-season Abu Dhabi test, featuring a number of changes from Tuesday’s opening sessions.

Ivan Taranov will make the switch from Trident to Russian Time, as he joins Jimmy Eriksson and Markus Pommer, with the F2 graduate going back to single-seater running after a season in the Porsche Supercup. Carmen Jorda, whose presence on day one was called off at the last minute, is scheduled to get her Koiranen test on day two, as the team retains Dean Stoneman and Santiago Urrutia alongside.

David Fumanelli and Kevin Jorg will stay on with Jenzer, while the presence of a third driver is currently not confirmed. Oliver Rowland and Ryan Cullen stay on at Marussia Manor, joined by team regular Dino Zamparelli, who tested with MW Arden on day one.

Emil Bernstorff and Jann Mardenborough will carry on with Carlin alongside the team’s GP3 driver Luis Sa Silva. Kuba Dalewski will switch from Russian Time to Trident, while Robert Cregan and Roman de Beer complete the lineup. Finally, as previously announced, Jack Hawksworth will join Status alongside Nicholas Latifi and Nick Cassidy.