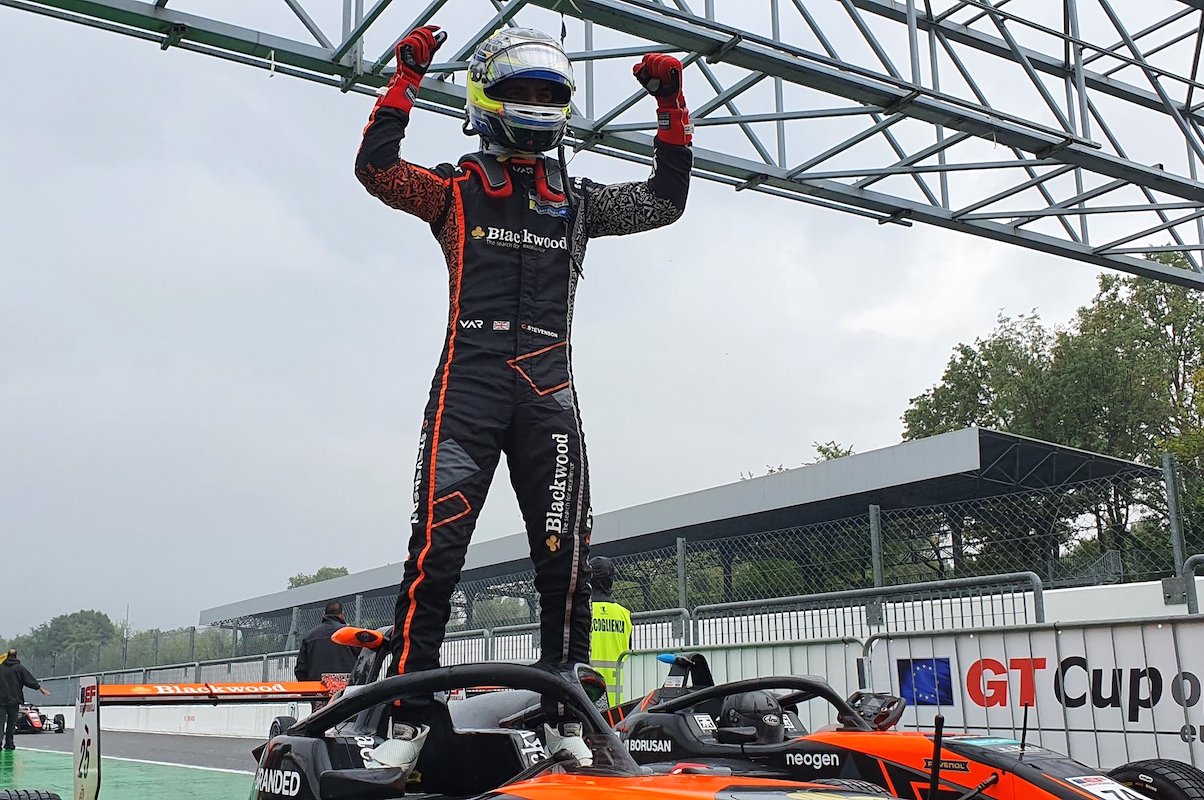 Casper Stevenson led a Van Amersfoort one-two in treacherous conditions at Monza in the second Euroformula race of the weekend.

Heavy rain meant the race started behind the safety car, and the drivers followed in formation for a number of laps before the race got underway proper.

It was still raining hard when the green flags were shown, and standing water left a few drivers sliding sideways, but the field managed to avoid any major incidents.

Stevenson spent most of the race under pressure from Filip Kaminiarz, with team-mate Cem Bolukbasi close behind. Kaminiarz was never quite close enough to attempt a move, and Bolukbasi found a way through to second late in the race.

Stevenson was forced to defend against his team-mate, but Bolukbasi kept the racing clean. Stevenson held onto the position to finish 0.764s ahead of Bolukbasi and secure his second win of the season.

Kaminiarz fell off the back of the Van Amersfoort drivers after being passed but finished a comfortable gap ahead of Nazim Azman in P4.

Azman had started third but fell behind Bolukbasi on the first racing lap. From that point on, he spent the race defending against championship leader Cameron Das.

Das – whose championship lead was boosted by front suspension damage causing Louis Foster to retire for the second race in a row – finished just half a second behind Azman.

Christian Mansell was flying in the closing stages of the race, setting the fastest lap as he tried to close the gap to Das.

Brad Benavides took seventh after a wide moment at the chicane, while Enzo Scionti, Reshad de Gerus and Francesco Simonazzi completed the top 10.