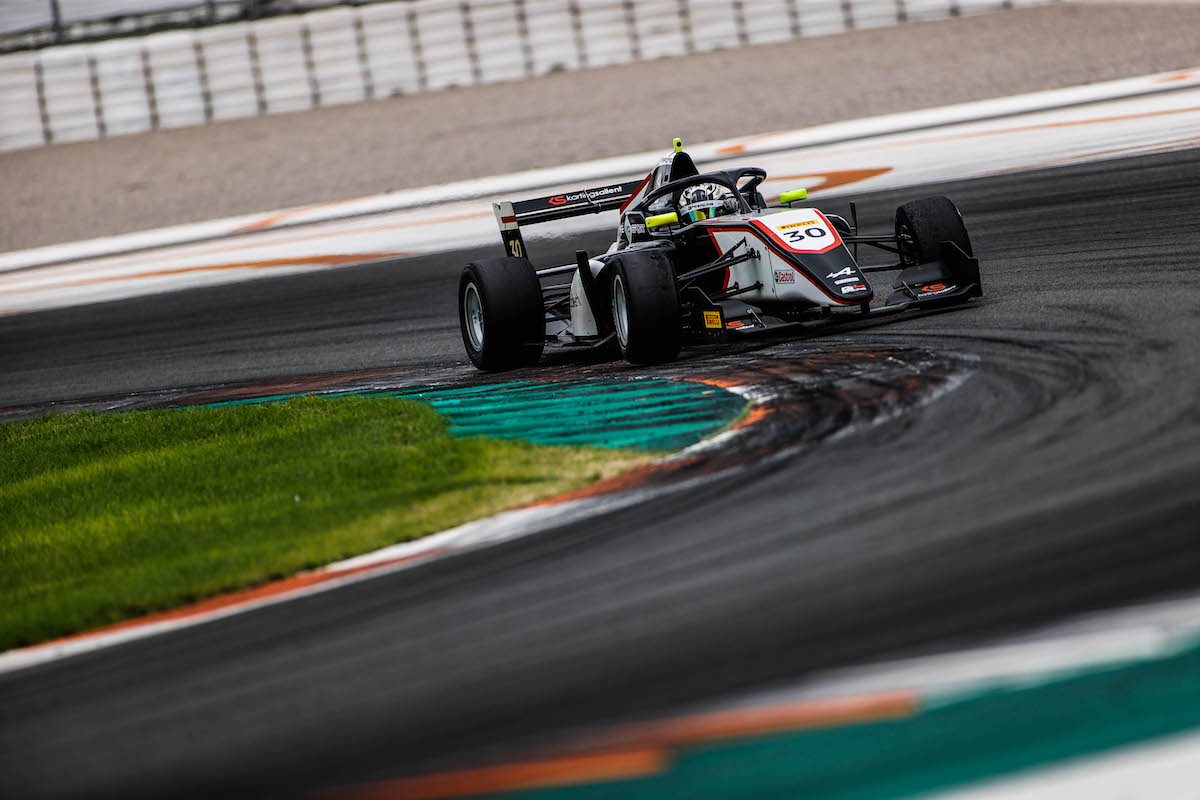 Michael Belov took pole position in Formula Regional European Championship qualifying two at Valencia in a session conditioned by the lack of grip.

This afternoon’s race two will be the second time the G4 Racing driver starts from pole-position, after race one at Spa earlier in the year.

There was a slow start to the session with just a few drivers going out on track in the early minutes.

Several preparation laps were needed before drivers went for a timed lap as track temperature was still low, and the rubber laid down yesterday was gone after the evening showers.

Drivers only started to set competitive lap times with eight minutes remaining in the session.

ART Grand Prix was having a much better day after Saturday’s struggles. The French team had his championship leader Gregoire Saucy sitting in the top three for most of the session and he eventually qualified third.

Gabriele Mini was also able to get into the top 10 today, after sitting outside of it yesterday.

With one minute to go, Belov reclaimed first place with a lap of 1m 28.890s, demoting Colapinto to second place.

A late effort had upped Prema’s Dino Beganovic to fourth place. However, his lap was cancelled, which leaves him down to 14th on the grid.

After their race one podiums, the sessionn was a bit more difficult for Spanish drivers David Vidales and Mari Boya, who will line up seventh and eighth respectively.