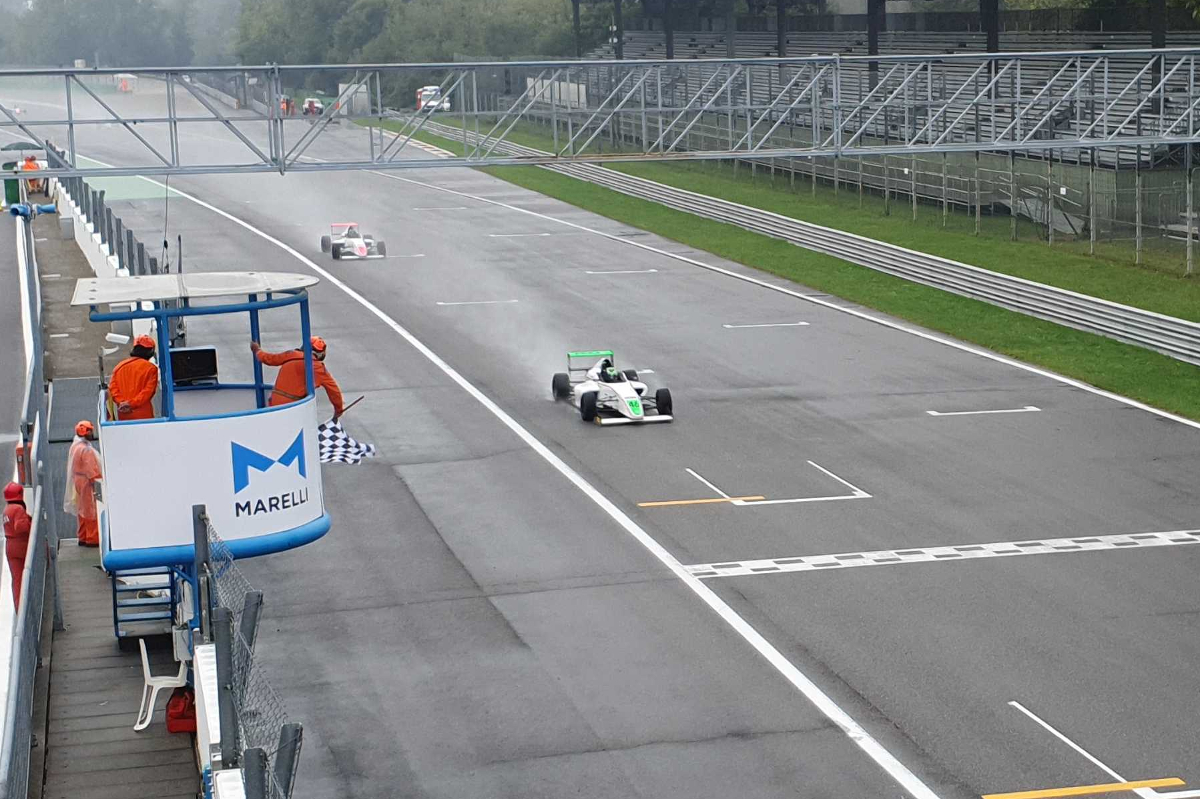 Elliott Vayron drove from 10th on first in the reversed grid French Formula 4 race at Monza, but the points for victory went to Maceo Capietto.

Vayron is competing this weekend as a guest driver, and after going third fastest in qualifying he won Saturday’s thrilling slipstreaming race. Sunday morning’s encounter was wet, and started with several laps behind the safety car.

Angelina Favario was on reversed grid pole, ahead of Noah Andy, Pierre-Alexandre Provost and Enzo Richer up front. When the green flag was waved for the first time on lap four there was trouble for Richer, who skated off out of the final corner and stopped next to the barriers just after crossing the line to start the lap.

While he did eventually get going again unaided (bar a push from a marshal), the safety car was quickly called about. Capietto had managed to work his way up from ninth to fourth in that short time of green flag running, while Andy and Enzo Geraci – who had been battling with Richer – fell down the order as they didn’t complete the third lap.

The safety car returned to the pitlane at the end of lap five, leaving four laps left to run in the time remaining. Capietto worked his way into the lead straight away, while Favario lost ground and Vayron rose to third behind Provost after the first full lap of racing.

On the next one he got past Provost and hunted down Capietto. He made his move at Parabolica on the penultimate lap, getting superior traction that enabled him to pull away down the pit straight. That set him up for a second straight win, taken by 0.688 seconds, with Daniel Ligier completing the podium.

Fourth place for Esteban Masson meant his defecit to Capietto in the title race grew to six points, and he finished ahead of Owen Tangavelou and Hugh Barter who came from the back of the grid after a race one retirement.