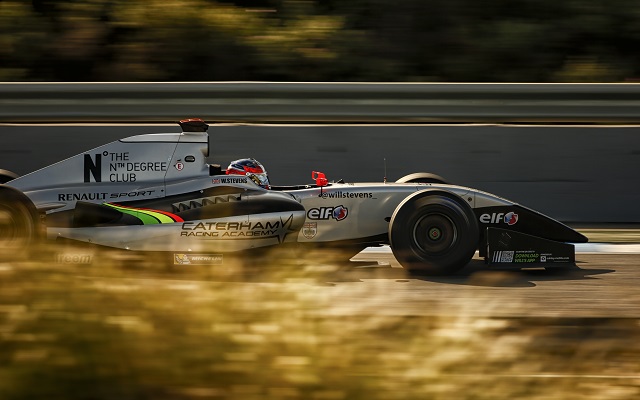 Strakka Racing’s Will Stevens secured his first pole position in the Formula Renault 3.5 series in Saturday qualifying at Jerez as title contenders Carlos Sainz and Roberto Merhi couldn’t contend for the top spots.

Stevens led a British top-three lockout out front, narrowly ahead of Oliver Rowland and Will Buller, with Draco’s Pietro Fantin being the fourth and final driver to fit within a tenth of pole.

Fortec drivers Sergey Sirotkin and Rowland led the early stages of qualifying before Lotus junior Marlon Stockinger, having started his first sequence of flying laps late, took over at the top at the halfway point.

Rowland retook the top spot with four minutes to go, but was then demoted by Stevens, who held on to pole until the checkered flag.

With Buller and Fantin on row two, it was Sirotkin who took fifth, ahead of Stockinger and practice pacesetters Pierre Gasly and Matthieu Vaxiviere.

Despite qualifying 15th, Sainz looks set to clinch the title in today’s race as Merhi will need to win the race from tenth to keep the championship fight alive.