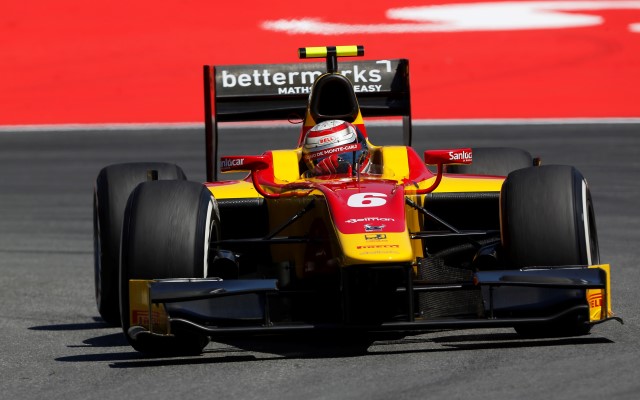 Stefano Coletti topped the GP2 practice session for round six of the 2014 season at Hockenheim.

Series veteran Coletti was followed by rookies Stoffel Vandoorne and Raffaele Marciello. Coletti managed a time of 1m24.771s, 0.110s ahead of ART racer Vandoorne and 0.383s quicker than his Racing Engineering team-mate Marciello.

American drivers Alexander Rossi and Conor Daly had strong showings to complete the top five. Having parted company with Caterham, Rossi has joined Campos Racing this weekend in place of Kimiya Sato, who is in Auto GP action at Spielberg.

Stephane Richelmi was seventh ahead of Daly’ Lazarus team-mate Nathanael Berthon. Felipe Nasr was eighth ahead of Johnny Cecotto and Rene Binder.

Bottom of the pile were Marco Sorensen and Julian Leal whose cars both stopped during the session, Sorensen’s in the pit entry.