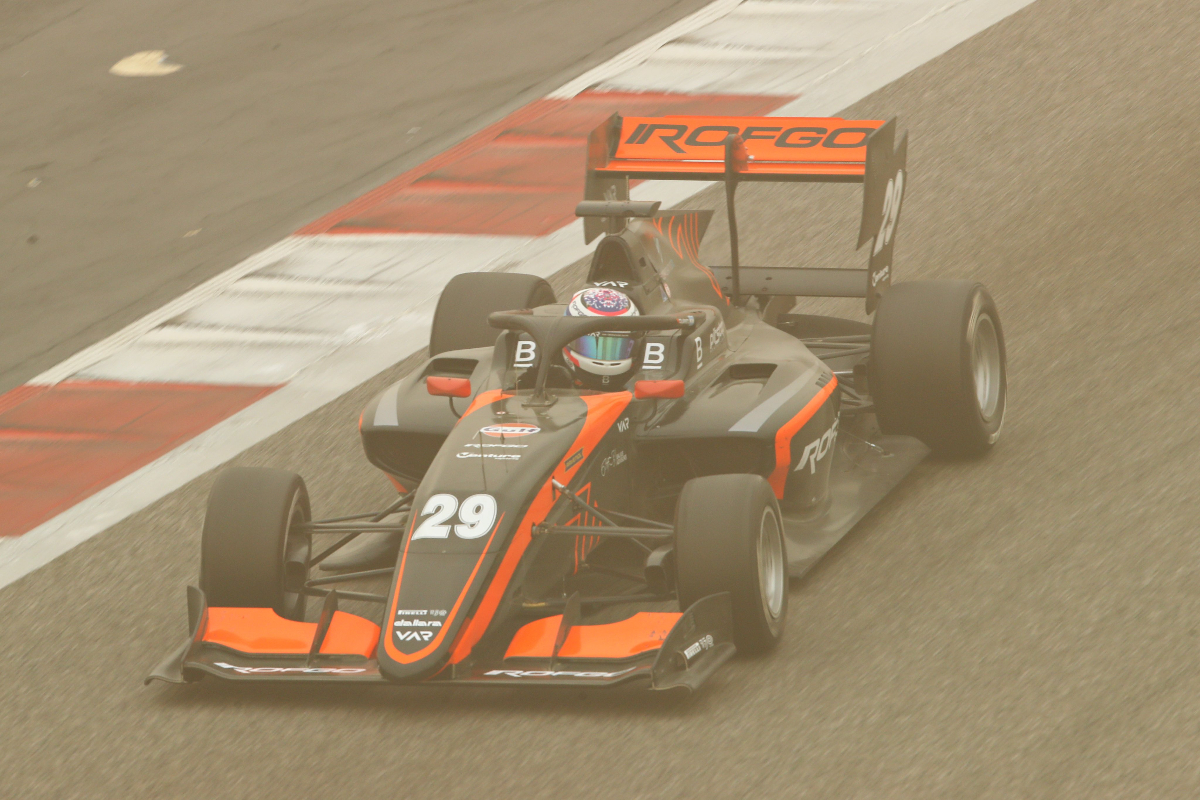 Trident’s Roman Stanek topped the final FIA Formula 3 test session at Bahrain as a sandstorm brought an early end to the day.

Even after the storm hit the circuit, laptimes continued to drop but Stanek couldn’t match the time set by Isack Hadjar in the morning session. Stanek set a 1m48.182s, improving on a laptime that had already put him top of the timesheet.

Van Amersfoort Racing’s Reece Ushijima and Trident’s Zane Maloney disputed second place, with only nine thousandths of a second separating the pair. Ushijima was the faster of the two, six tenths off the pace of Stanek.

Red flags disrupted running throughout. After a few minor incidents early on that caused brief stoppages, the session was paused again with half an hour to go as the sandstorm grew more intense and drivers were instructed to turn on rain lights.

It did go green again 10 minutes later, but red flags were soon thrown again permanently due to the low visibility.

Only a handful of drivers managed to hit the 40-lap mark as the focus switched to race runs, with VAR’s Franco Colapinto setting the most laps of anyone. He had briefly been second fastest before the penultimate red flag and ended the session fourth.

Early on Campos Racing’s David Vidales had briefly held top spot with a 1m49.802s lap, but ended the day in ninth place.

Ido Cohen also was an early pacesetter and spent most of the session top of the order as drivers embarked on long runs, but dropped backwards as the field began to set flying laps again late on. He was 12th fastest, while Jenzer Motorsport team-mate William Alatalo, who had been second for most of the session, did improve to conclude the session in 10th place.