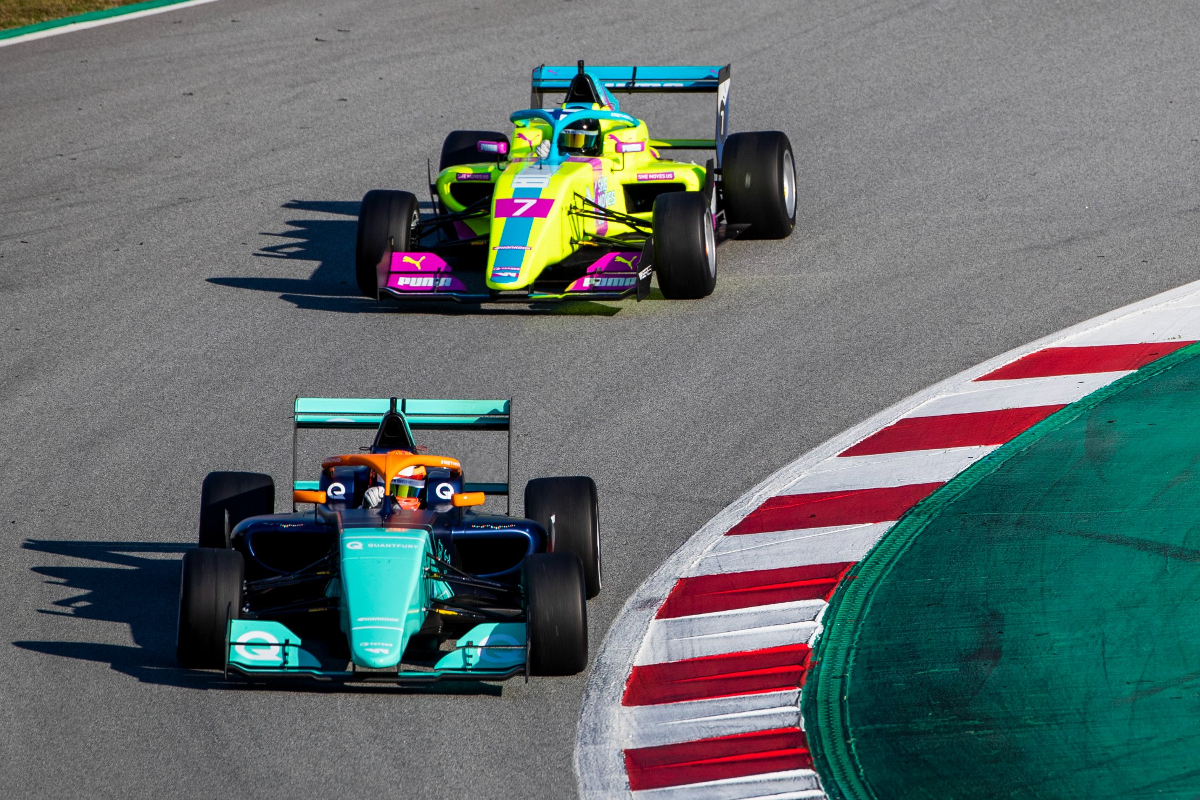 Drivers were at Barcelona for four days, with the first consisting of media duties and then the remaining three focusing on on-track action.

The field of 20 was split into two groups, with 10 driving the first day-and-a-half from Wednesday to Thursday, and the other 10 doing the remaining day-and-a-half through to Friday.

Reigning champion Jamie Chadwick headed the ‘Group 1’ runners by 0.214 seconds over Jessica Hawkins, who then contested the first two sessions of ‘Group 2’ running. That was split into a single Thursday session, then four across Friday.

Emma Kimilainen was fastest on Thursday afternoon. She topped the times by 0.102s ahead of Garcia and 0.161s ahead of Alice Powell, with Beitske Visser and Sarah Moore also within a second of the pace. Hawkins was 10th fastest, but only set seven laps in total while most set more than five times that.

Garcia set her test-topping lap in the first session of Friday morning, going a massive 3.219s faster than next-best Powell and with another nine tenths to Moore and Kimilainen in third and fourth. This time Hawkins only did three laps, and was 12s off the pace, but was ahead of Visser and Britcar driver Jem Hepworth – standing in for Russian driver Irina Sidorkova who was at the circuit but then returned home amid the evolving international situation regarding her nation – who were 15.7s and 21.1s back respectively.

Kimilainen almost matched Garcia’s benchmark in the next morning session, setting a 1m43.656s lap that put her 0.012s ahead of Visser and 0.047s ahead of Powell at the top, and only 0.015s off Garcia’s early morning pace.

It was Visser’s turn to be at the top in the first of two afternoon sessions, and she was fastest by six tenths of a second. Powell edged Kimilainen by 0.053s to be second, and Garcia was a further 0.171s back in fourth.

The day ended with Garcia ahead again, but with laptimes considerably slower than in the morning. With a 1m45.439s lap she pipped Visser by 0.034s, with Powell and Fabienne Wohlwend in third and fourth.

During the test Kimilainen, Visser and Wohlwend were announced as being on the 2022 grid, with the trio earning their seats by coming in the top eight in 2021, bringing the confirmed grid up to five of the 18 drivers.