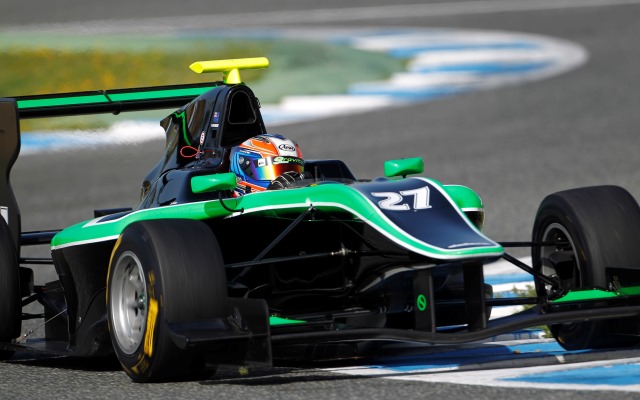 Richie Stanaway will return to single-seater racing after completing a deal to contest the GP3 season with Status Grand Prix.

New Zealander Stanaway has been testing with the Silverstone-based squad during pre-season. The 22-year-old joins Briton Nick Yelloly?and Mexican rookie?Alfonso Celis at the team.

He claimed back-to-back titles in ADAC Formel Masters and German F3 in 2010 and 2011 before moving onto Formula Renault 3.5, where his 2012 season ended after a back-breaking crash at round three at Spa-Francorchamps.

Stanaway, whose career is overseen by the Lotus F1-affiliated Gravity Sports Management firm, returned to racing last year in the Porsche Supercup as well as joining Aston Martin’s World Endurance Championship team – a role he will continue alongside his GP3 campaign.

He has previously competed in GP3, contesting the final two weekends of the 2011 season with ART, winning on his debut weekend at Spa.

?I am extremely grateful to Gravity Sport Management, Aston Martin Racing and Status GP for this opportunity,? said Stanaway. ?For my single-seater career, I always hoped my injury was a bump in the road, not the end of the road.

?Branching into GTs last year was an important step for me, and I?m very happy to be staying with Aston Martin in a parallel programme, but I am also extremely grateful to have another opportunity on the single-seater ladder. And the GP3 Series is an ideal place for me to?have that.?

Team principal Teddy Yip Jr commented: ?Richie is a real talent whose progress we always followed through the ranks, and we?re delighted to have the opportunity to race with him now.

?He complements Nick and Alfonso perfectly in the team. Like us all, Richie is hungry for success, and has fitted in extremely well. We?d like to thank Aston Martin Racing and Gravity Sport Management for making this possible, and we look forward to a successful season.?

Stanaway is the 21st driver to have his place on the 2014 GP3 grid confirmed ahead of the opening round in Barcelona on 10-11 May. Status are the sixth team to complete a three-car line-up. Jenzer are yet to name any drivers while Hilmer and Trident have announced one driver and two drivers respectively.