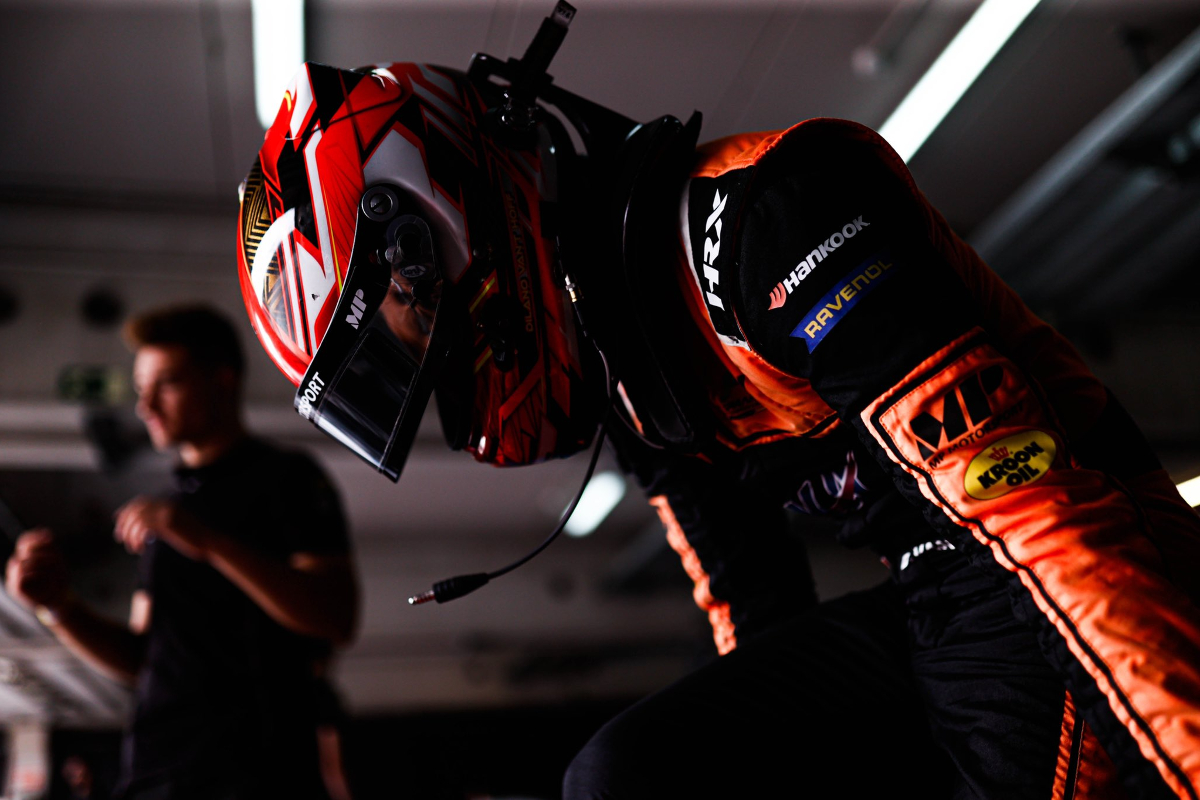 Spanish Formula 4’s Saturday evening race at Motorland Aragon has been postponed to Sunday after heavy rain hit the circuit 20 minutes before the race’s scheduled start.

The skies opened up at the track just a few minutes before the cars left the pitlane. The pit open was initially delayed for 10 minutes to see if conditions would improve after a couple of minutes of very heavy rain.

That wasn’t the case, and after that the organisers were forced to call off the race. It’s believed the decision also took into account that sunset time was close too.

The race will now take place early on Sunday morning, just before when the second qualifying session is supposed to take place. While it has not been confirmed that Q2 – which sets the grid for race three – has been cancelled, the series has announced that the race two fastest laps will now set the starting order for the third race of the weekend.

After participating in Friday’s pre-event test, which was topped by Global Racing Service’s Vladislav Ryabov, there was no sign of Dario Cabanelas in free practice or qualifying.

The Swiss, who leads the French F4 Junior standings and is part of the FA Racing stable of Fernando Alonso, was named on the entry list with Drivex School for the weekend but he revealed he was only testing so as to learn Spanish F4’s Tatuus car.

“I’ve just made the test to know the Tatuus and gain more experience,” Cabanelas told Spanish website efe.uno, explaining his main focus was on the French F4 championship as he ruled out a debut in the Spanish series.

“For now, I have no intention of competing here. However, I loved the track a lot. There is a very high level in this championship, but I’m focusing on French F4 for the moment”.

Alex Dunne, who had been driving for Pinnacle Motorsport until this round, is also absent this weekend.

The Irish racer alleged that circumstances beyond his control were the reason why he is not competing at Aragon.

“Unfortunately I won’t be racing this weekend in Motorland Aragon due to circumstances beyond my control,” he announced.

Dunne, who took pole on his single-seater debut and converted it into a third place in the opening race of the season, also communicated that he had parted ways with his team Pinnacle Motorsport and with Hong Kong racing manufacturer KCMG, who he was a junior driver of.

In spite of this, the young Irish driver hopes to announce future plans soon and he still sits 11th in the Spanish F4 standings.