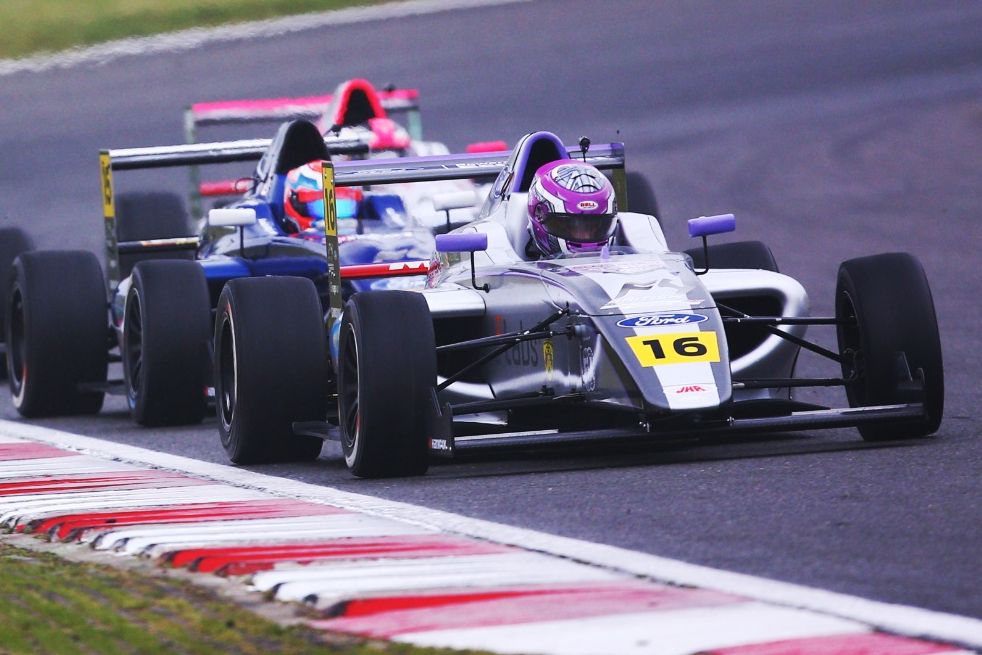 McKenzy Cresswell bounced back from a difficult qualifying to win the reversed grid British Formula 4 race at Oulton Park.

Cresswell was caught out by the mixed conditions in qualifying, but the fully reversed grid format – new for this season – put him fifth on the grid for race two of the weekend.

He made a strong getaway to dive up the inside of the first corner to take second and got onto the back of pole-sitter Thomas Ikin.

Within a handful of corners, Cresswell had passed Ikin too, but wasn’t able to escape up the road immediately.

Tasanapol Inthraphuvasak took second not long after, but Ikin was able to close the door before Abbi Pulling could follow the Carlin driver through.

Cresswell and Inthraphuvasak edged away from the rest of the group as Ikin defended the final podium position.

In the closing stages of the race, Cresswell had much stronger pace than his Carlin rival and was finally able to build a substantial lead gap. He would finish almost five seconds ahead of Inthraphuvasak to take his first win of the season.

Ikin spent the second half of the race with a train of drivers growing behind him. He kept calm under pressure, and there was little opportunity for anybody to make a move without themselves coming under attack.

Pulling slipped back behind Joel Granfors late on, but Granfors had no better luck passing Ikin than Pulling, and finished fourth.

Pulling took fifth ahead of Zak Taylor on-track, however Taylor was handed a five-second penalty for exceeding track limits too many times and dropped to the back of the train. Oliver Gray was promoted to sixth ahead of Marcos Flack and Taylor.

Kai Askey had been running in the points paying position for most of the race before an issue in the final laps dropped him down the order. He was able to finish, but some 40s behind Cresswell.

Matthew Rees was the biggest mover, having climbed up from the penultimate spot on the grid to finish ninth while Eduardo Coseteng completed the top 10.