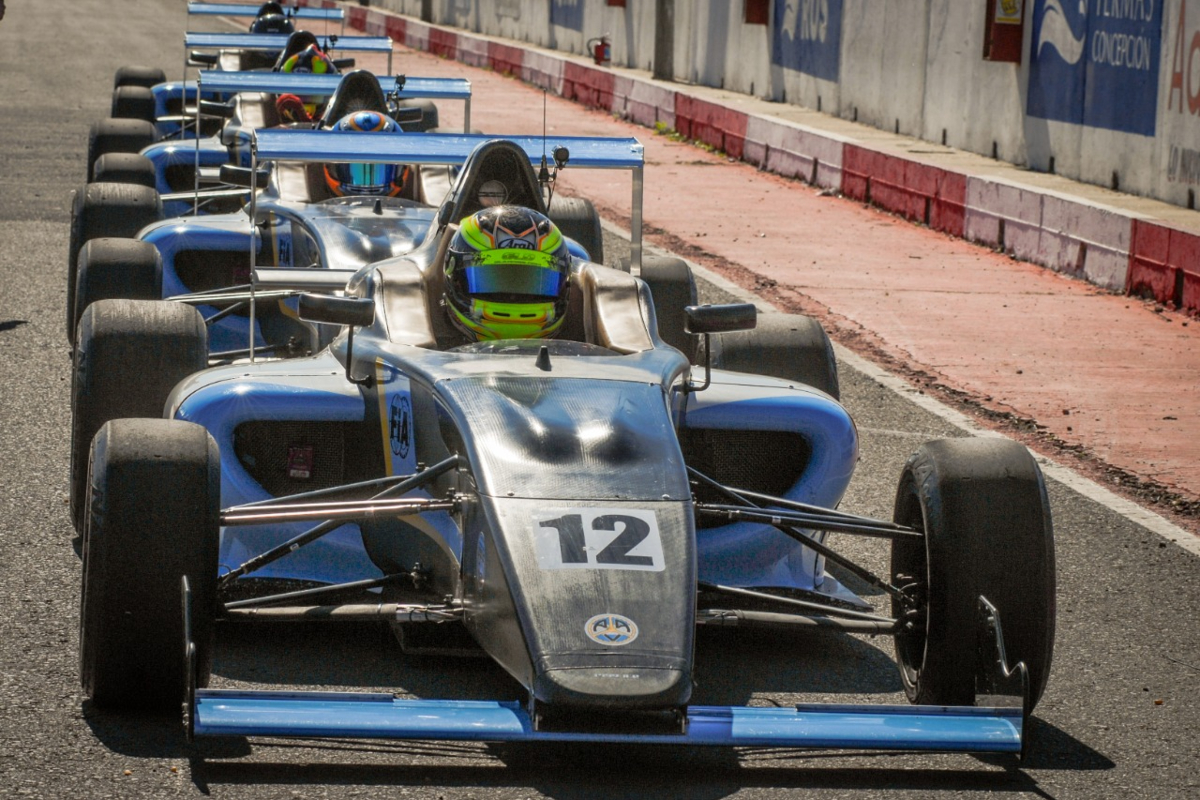 Federico Hermida extended his Argentinian Formula 4 points lead in round three of the series at Autodromo Uruguay.

Hermida took pole and won both races to lie 75 points clear at what is expected to be the season’s halfway point.

Lucas Bohdanowicz, who won both races in round two at Buenos Aires, set the pace in free practice one while Hermida was down the order. The championship leader found pace to sit away ahead in FP2, and continued that into qualifying where he took pole by 0.774 seconds.

Braian Quevedo, a winner in Argentinian FR2.0 this year, managed to beat Bohdwanowicz to a front row spot.

That pace advantage remained in race one, but two safety car interruptions meant Hermida had a slim margin of victory.

He raced away at the start, with Queuvedo establishing himself in second, while Bohdanowicz initially held on to his third place before eventually being passed by Mateo Nunez – a 19-year-old touring car racer making his F4 debut.

At that point the safety car came out after Paly Collazo had engine issues, and the top three positions remained the same after the restart. The safety car was out again though when Cristobal Riestra – another debutant coming from Argentinian touring cars – had an accident that put him out of proceedings two laps from the end.

That neutralised the order, meaning Hermida, Quevedo and Nunez filled the podium positions for the shortened 11-lap race.

In race two it was Quevedo who led early on, as he snatched first place from a slow-starting Hermida.

Figgo Bessone rose up to second place, but the demotion of Hermida down the order wasn’t to last as he and then Nunez found their way past Bessone.

Hermida then tracked Quevedo down, and in the remaining laps pulled away by just over a second for his fourth win.

There was a huge gap between Quevedo in second and Nunez in third, while Bohdanowicz was an anonymous fifth behind Bessone.