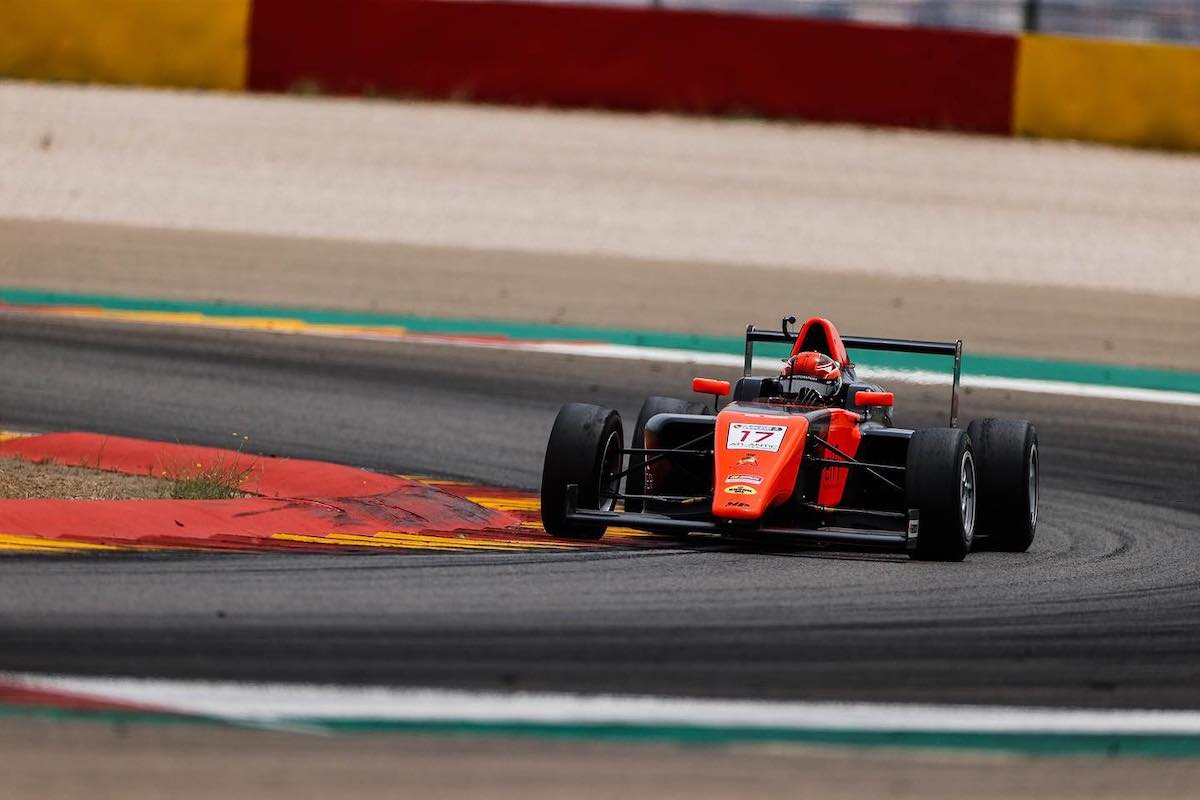 Van’t Hoff’s advantage would become bigger and bigger as the race went on, and the Dutch driver would take the chequered flag 6.5s ahead of second-placed Vladislav Ryabov.

This victory allows van’t Hoff to further extend even his championship lead as none of the drivers sitting immediately behind him in the standings were able to finish within the top five.

Despite taking a comfortable second place at the end, Global Racing Service’s Ryabov had to fight for it in the early stages of the race.

Ryabov dropped behind Campos Racing’s Pepe Marti in the opening lap, but he kept the pressure on and gained the position back some laps later. Marti would eventually finish on a comfortable third place, scoring his third podium of the season.

Macia would eventually finish seventh, ahead of Kelstrup in eighth and Sebastian Ogaard in ninth.

This morning’s wasn’t Enric Bordas best race. The Formula de Campeones driver was fourth on the starting grid, but struggled for pace during the whole race which dropped him to 10th place at the flag.