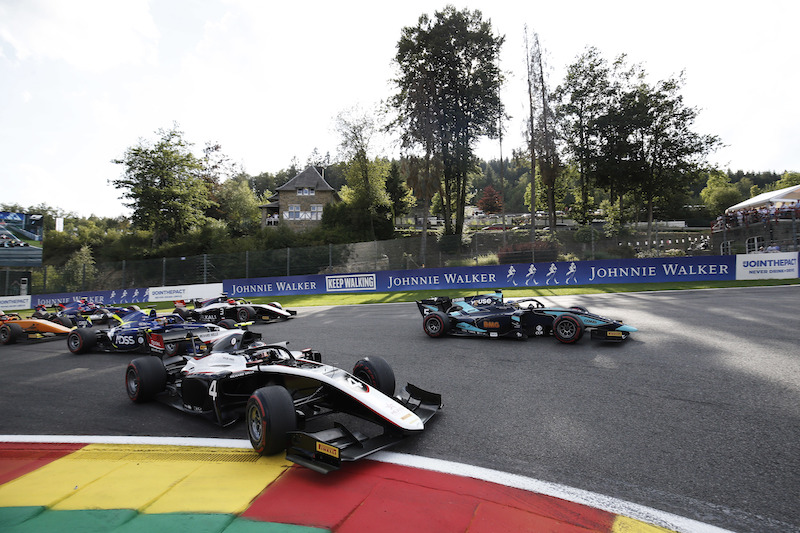 The Spa Formula 2 feature race was stopped after a second-lap crash involving Anthoine Hubert and Juan Manuel Correa, and will not be restarted.

The incident happened at Raidillon at the top of the hill following Eau Rouge. There was considerable damage to both cars, with Correa’s Sauber Junior Team car finishing upside down in the middle of the track.

The race was red-flagged, with all running cars returning to the pit-lane, and it was announced after a short while that the race would not be restarted.

No official information on the condition of Correa or Hubert had been released at the time.

Marino Sato and Giuliano Alesi also appeared to be involved in the incident and did not complete the lap, but both drivers were OK, while Ralph Boschung returned to the pits with a puncture.

Nyck de Vries had retained the lead of the race after starting on pole position, completing the first lap in front of Louis Deletraz and Jack Aitken.