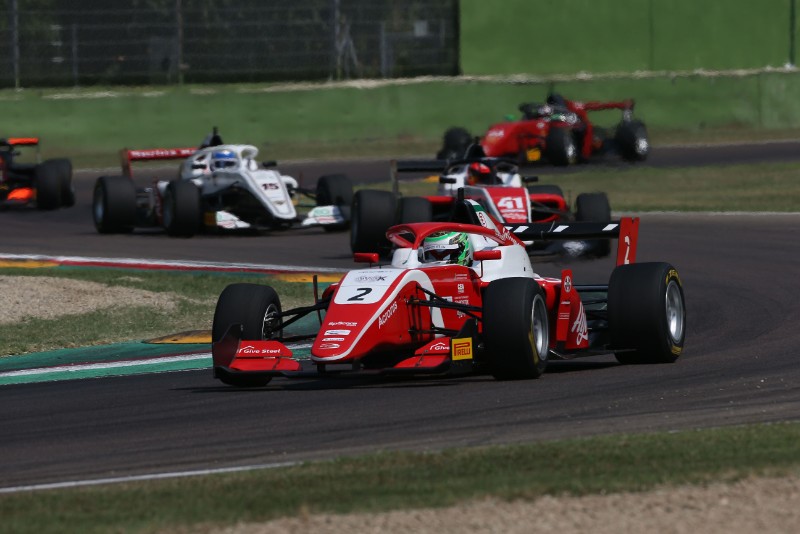 Poleman Vesti was jumped by team-mate Olli Caldwell off the line, but stayed close to the Briton and worked with him to pull away from the rest of the field.

The pair had a large gap over third placed Igor Fraga when they began to battle for position. Caldwell, who is yet to take a victory this season, put up a strong defence and the two ran side-by-side for a few corners before Vesti was able to edge away.

Once ahead, Vesti immediately set about pulling away from Caldwell and created a three second gap within a few laps before backing off.

Fraga closed in on Caldwell in the closing stages of the race, but wasn?t quite close enough to make a move and had to settle for third.

Enzo Fittipaldi made a poor getaway from the front row in the third Prema car, dropping to sixth before the first corner and falling further back behind Matteo Nannini early on.

The pair battled throughout, with Sophia Floersch also getting involved but with nobody able to overtake.

Nannini finished sixth, behind Raul Guzmann and David Schumacher, with Fittipaldi and Floersch close behind. Konsta Lappalainen and Marcos Siebert completed the top 10.