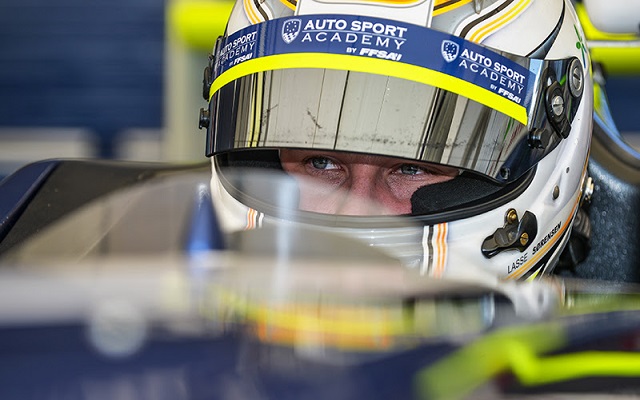 Danish racer Lasse Sorensen picked up his second victory of the French F4 weekend at Nogaro, further increasing his lead in the championship.

A late overtake on Felix Hirsiger allowed Sorensen to take P2 on the road and the Dane would then inherit victory when initial winner Vladimir Atoev landed a time penalty.

The start of the race saw reverse-grid polesitter Max Defourny keep the lead into turn one and beyond. Chamionship frontrunner Joseph Mawson initially stayed second, but then went off early on, giving the place to Atoev.

The Russian remained right behind Defourny for most of the race and attempted an overtake on the Belgian with three laps to go. The pair ended up making contact and, while Atoev carried on, Defourny’s race was over.

Atoev went on to take the checkered flag, but was appropriately muted in his post-race celebrations and then expectedly found himself on the receiving end of a 30-second time penalty, which relegated him to 19th.

So it was Sorensen who took the victory, having charged through from tenth on the grid. His nearest championship rival Hirsiger wound up second, while Valentin Hasse-Clot completed the top three.