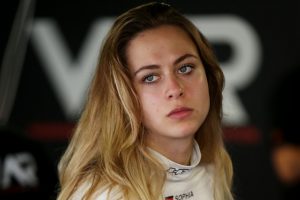 Sophia Floersch has undergone a successful operation on the spinal cord injury she incurred during a horror crash in the Macau Grand Prix.

The German 17-year-old crashed into Jehan Daruvala on the run to Lisboa after the Indian braked in reaction to signals suggesting there was yellow flags, leaving Floersch with no time to react, and damaging her Van Amersfoort Racing-ran car to the point where it could not be controlled as it headed towards the corner.

She was projected into the air after running backwards over the kerb at the corner, skimming the rollhoop of Japanese F3 champion Sho Tsuboi and then crashing over the catch fencing and into a photographers’ bunker. Five people were injured, including Floersch and Tsuboi, with Floersch being diagnosed with a fractured spine.

Since then she has undergone a seven hour operation, with doctors confirming her vital signs are stable and her limbs are active after the surgey. Floersch’s Twitter account also tweeted:?”The medical team is deliberately working slowly, to avoid risks. The previous surgical course is good and without complications. The surgery that began this morning continues.”

TOM’S driver Sho Tsuboi has already been discharged from hospital after suffering from lumbar pain, as has injured photographer Hiroyuki Minami. The second photographer, Chan Weng Wang, and marshal Chan Cha In are still being treated for their injuries.