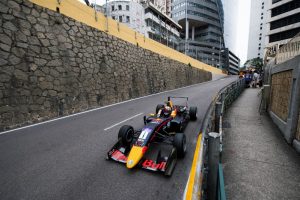 Looking at Toro Rosso’s current driver line-up issues, there is good reason to question Red Bull’s judgement when it comes to its driver selection policy. Some have been hot headed, some haven’t been fast enough and others haven’t handled the pressure. Occasionally one or two are recalled because the remaining options don’t cut the mustard.

But that’s an argument for another time, because if there’s one thing the Macau Grand Prix told us: Red Bull has two huge talents on its hands.

Dan Ticktum took his second win in a row, and put in the most dominant display at the Guia Circuit seen this century. Rather remarkably though, he went into the weekend in the same position as he was in 2017, with a point to prove and doubters to quash.

He was fortunate to win Macau last year, even his Motopark team boss Timo Rumpfkeil admits that, but he was only in the position to benefit from Sergio Sette Camara and Ferdinand Habsburg’s last lap crashes after a weekend of impressive pace in just his third Formula 3 event, and a crucial move around the outside of Lando Norris and Maximilian Gunther at Lisboa.

Victory in the McLaren Autosport BRDC Award came next, by quite a convincing margin if Derek Warwick’s comments were anything to go by, and this seemed to go a long way to recovering a growing reputation that was tarnished by his racing ban.

This year he finished second to Mick Schumacher in European F3, and put in a number of great performances, some of those that weren’t necessarily noticed due to the late season dominance of Prema’s Schumacher and Robert Shwartzman, and the infrequency that Ticktum visited the podium in a closely matched season. 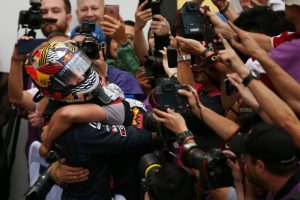 It was remarks made by Ticktum on the Prema dominance that his season will be remembered for though, his frustration at a seemingly unexplainable pace increase for the pair coming across to many as not only an excuse for his own lack of winning pace, but an out-of-touch comment on a rival who had come a long way and overcome a lot to be in a position where they were leading European F3.

Ticktum explained his comments, but the damage was done, and Red Bull Racing team principal Christian Horner added that Ticktum had to ‘develop more before he?s anywhere near F1’. When Ticktum jokingly said that somebody had released a dog onto the circuit during the Macau qualification race to sabotage his victory efforts, the internet responded in harsh tones, believing Ticktum to be using the same conspiratorial dialogue as he had months before.

But at Macau he disproved everyone, on and off track, including avoiding a stray dog at high speed.

Although Schumacher topped both free practice sessions, once qualifying got underway it was Motopark’s show, with Ticktum setting a record lap to take pole. In the qualification race he did get beaten on the run to Lisboa, almost inevitable thanks to the length of the straights, but mastered every single restart after that. It was a great example of race management and staying cool under pressure. During the latter half of each race he also set out to take fastest lap, not only showing he was at one with the circuit, but also replicating a trait commonly seen in Red Bull’s top two proteges: Sebastian Vettel and Max Verstappen.

The internet is right though, because Ticktum is a significantly weaker driver when he is thinking about other drivers rather than focusing on himself. At Macau, the only thing that seemed to distract him was the fact his hard-working Motopark team has been denied an FIA International F3 spot for 2019, and the runaway dog. 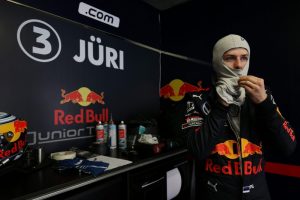 Juri Vips joined Ticktum as a Red Bull junior at Macau, and showed incredible determination in a weekend where he seemed to be pegged back by ill-timed yellow and red flags more than anyone else.

He was set to join his Motopark team-mate near the front of the grid in qualifying, but ended up having to abandon his best lap and started 14th. The lap that ended up being his best was set with tyres that had almost 300km under them. Seven places were gained in the qualification race, probably the maximum possible, and he set the fourth fastest lap of the race.

Unfortunately a lot of that hard work was undone on the first lap of the grand prix itself, where he dropped to 10th, but he made it back up to seventh, ensuring he was top rookie. Once again he was the fourth fastest man on track, and impressively his combination of best sectors to form an ‘ideal lap time’ was better than anyone’s, 0.156 seconds better than next best Ticktum.

This all occurred with the shadow of his father’s death, which occurred days before Vips was announced as a Red Bull junior, and put some fairly immediate question marks over the financing of his racing career. The Estonian didn’t let it get on top of him, showing the same tenacity when each of his fast laps were ruined by yellow flags, and proved himself as a valuable member of the Red Bull fraternity going forward.

So although Toro Rosso may be lacking a vision for its 2019 driver line-up, with Ticktum and set to race in Super Formula?and Vips in the new International F3, the future is looking very bright for 2020.

Further reading
Can Mick complete a Schumacher hat-trick in Macau?: Formula Scout’s Macau preview, which looked back at two past races
What made Dan Ticktum?: the driver himself talks Formula Scout through his life
Estonia: The underdog that keeps on achieving: A look at the motorsport success of Juri Vips and Ralf Aron’s home country 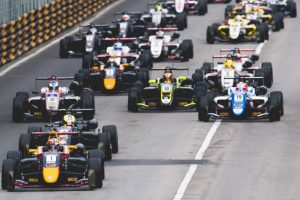