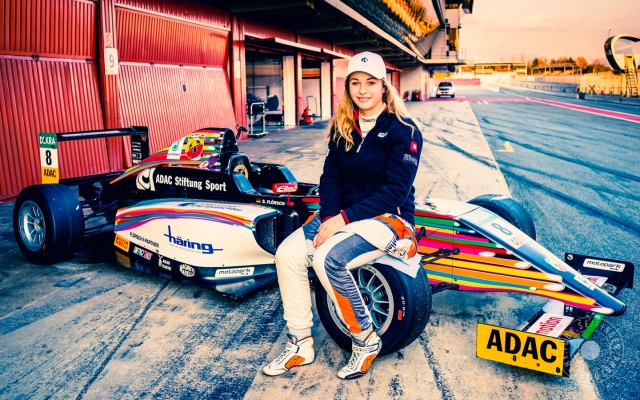 A maiden single-seater campaign for Sophia Floersch in ADAC Formula 4 with Motopark this year has been officially confirmed by the team.

Floersch burst onto the scene with race-winning performances in Britain’s Ginetta Junior series in 2015 as a 14-year-old, before abandoning that programme to focus her budget and time on testing for a step into F4.

“I know I will face a steep learning curve but the team will help me see this through,” she said.

“My ultimate goal is Formula 1, and I’m certain Team Motopark can give me the best possible apprenticeship for that.”

Team boss Timo Rumpfkeil said:?”As soon as she drove her first test for us, we knew that Sophia Floersch has got exceptional talent and magnificent car control.

“We have stayed in close contact and have also played a vital role in her career planning ever since.

“Her excellent performances in the Ginetta are proof enough that she can cut the mustard in international motorsports.

“We’ve got to give her a bit of time to learn the ropes in F4, as this is her maiden year in single-seaters.

“But having said that, I am convinced we can win races together already this season.”

From the archive: Sophia Floersch: Ginetta star has sights set on single-seaters